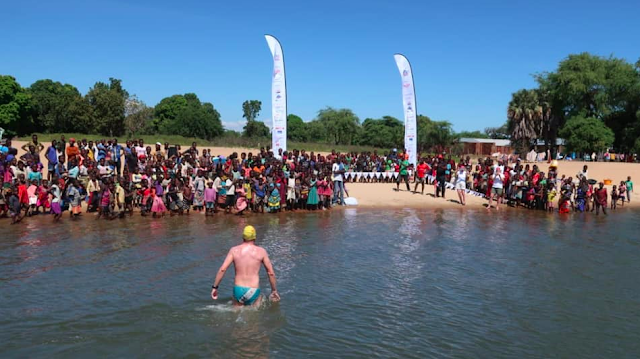 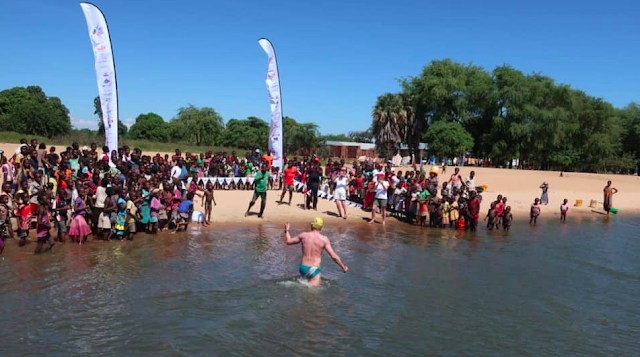 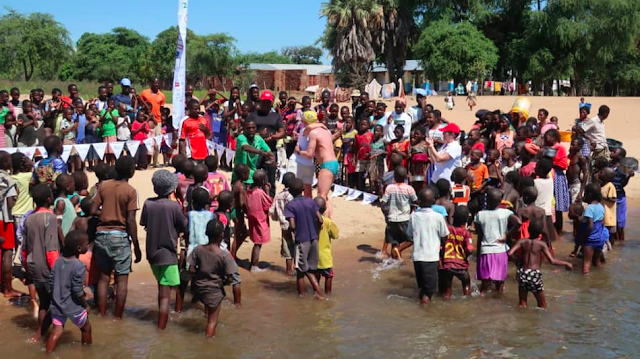 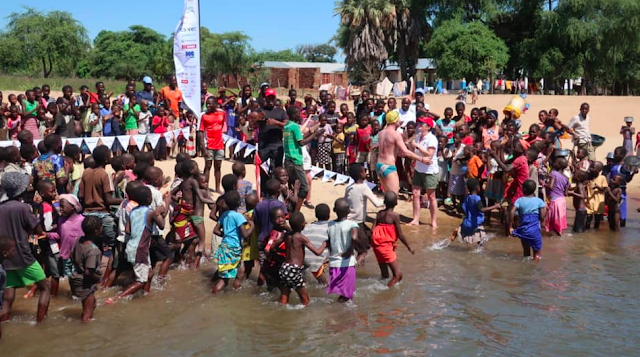 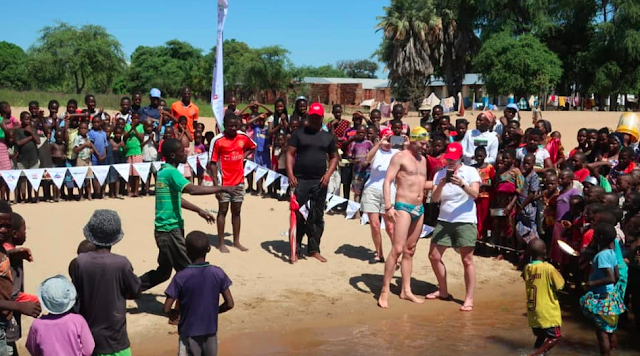 South African Martin Hobbs completed a 596.6 km cross-border swim across Lake Malawi (aka Lake Nyasa) that lies on the borders of Malawi, Mozambique and Tanzania between February 20th and April 24th.

He explains, “The 10 days of non-swimming was due to 5 days of excessive bad weather when we could not go out on the lake due to safety of the crew when the boats could not be launched due to the waves. Another day when we were delayed at immigration offices trying to extend our visas. One more day for illness due to food poisoning, and three other days relocating all our provisions including food, fuel, gear, clothing, cooking equipment, safety apparatus, etc. when we moved to our new base camps.

It was a long effort with escort boat captain Oresti Yiannakis, pilot Steven Hobbs , logistic planners Chris Yiannakis and Andrew Yiannakis, and paramedic Russell Malherbe that served as a charity swim for the Smile Foundation.

45-year-old Hobbs, nicknamed by his team as The Solo Swimmer, originally estimated that the stage swim would take up to 60 days, but he only slightly went over his goal.

He raised money and awareness for The Smile Foundation and continues to give motivational talks to more than 800 people to date since he completed his challenge.

The Smile Foundation is a leading South African non-governmental charity group that offers comprehensive health care for children living with cleft palates and other facial conditions.

The CEO of the Smile Foundation was elated, “We are in absolute awe of Martin; we are so proud of him. We thank you so much for taking on a monster challenge to help change the lives of children. The funds you raised will be used to change children’s lives, and to say ‘thank you’ is an understatement.”


Hobbs will attend the 2019 WOWSA Ocean Fest in Redondo Beach, California where he will be honored by the Guinness World Records and his fellow swimmers.