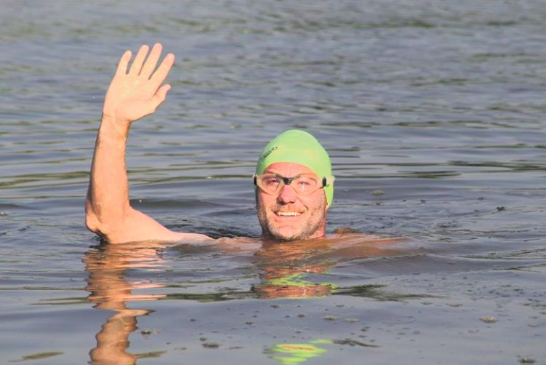 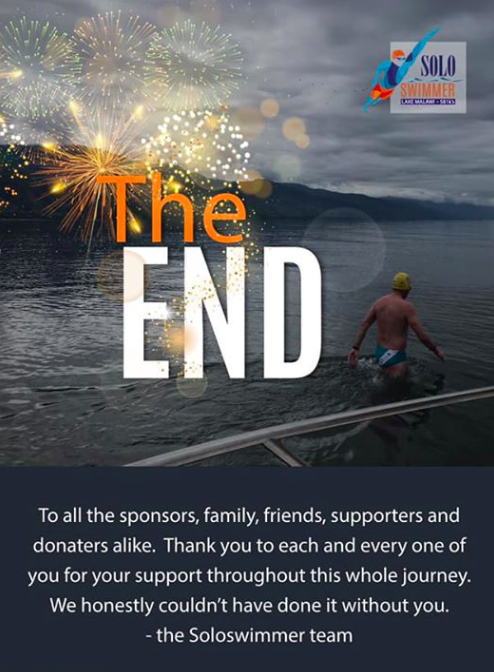 On Day 64, South African swimmer Martin Hobbs stepped on dryland to finish his unprecedented 596.6 km north-to-south solo stage swim across Lake Malawi that lies on the borders between Malawi, Mozambique, and Tanzania.

It was a long effort with escort boat captain Oresti Yiannakis, pilot Steven Hobbs , logistic planners Chris Yiannakis and Andrew Yiannakis, and paramedic Russell Malherbe that served as a charity swim for the Smile Foundation.

45-year-old Hobbs, nicknamed by his team as The Solo Swimmer, originally estimated that the stage swim would take up to 60 days and he nearly hit that target on the 64th day.

The Smile Foundation is a leading South African non-governmental charity group that offers comprehensive health care for children living with cleft palates and other facial conditions.

Plenty of donors and the CEO of the Smile Foundation were elated. Lewis congratulated Hobbs and his team, “We are in absolute awe of Martin; we are so proud of him. We thank you so much for taking on a monster challenge to help change the lives of children. The funds you raised will be used to change children’s lives, and to say ‘thank you’ is an understatement.”