Martina Grimaldi Is The Lucky 13 In Isla Cozumel 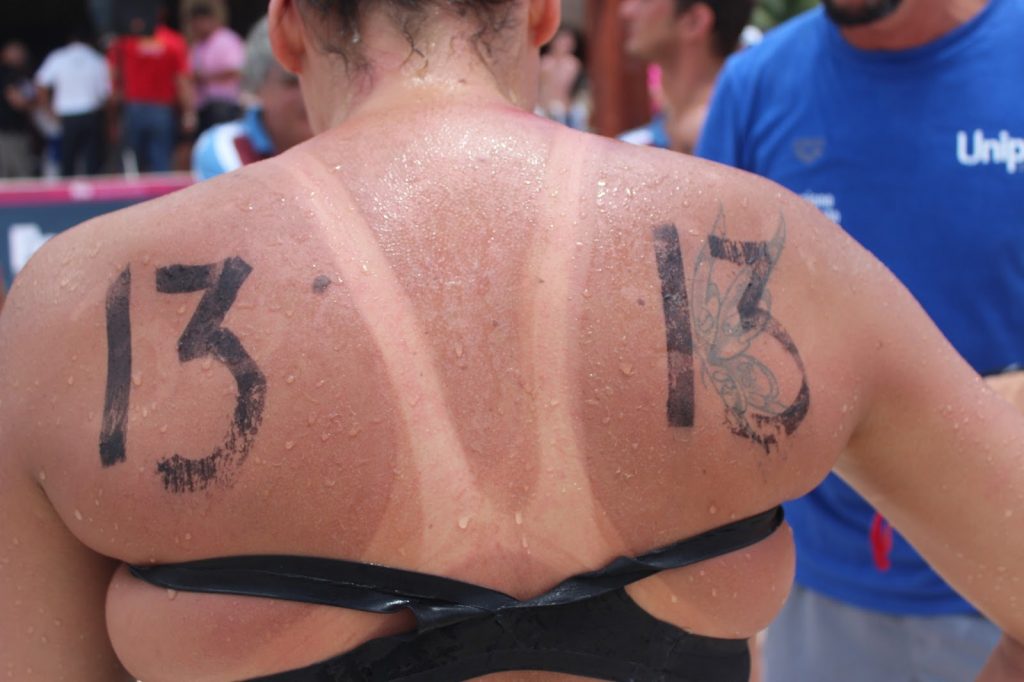 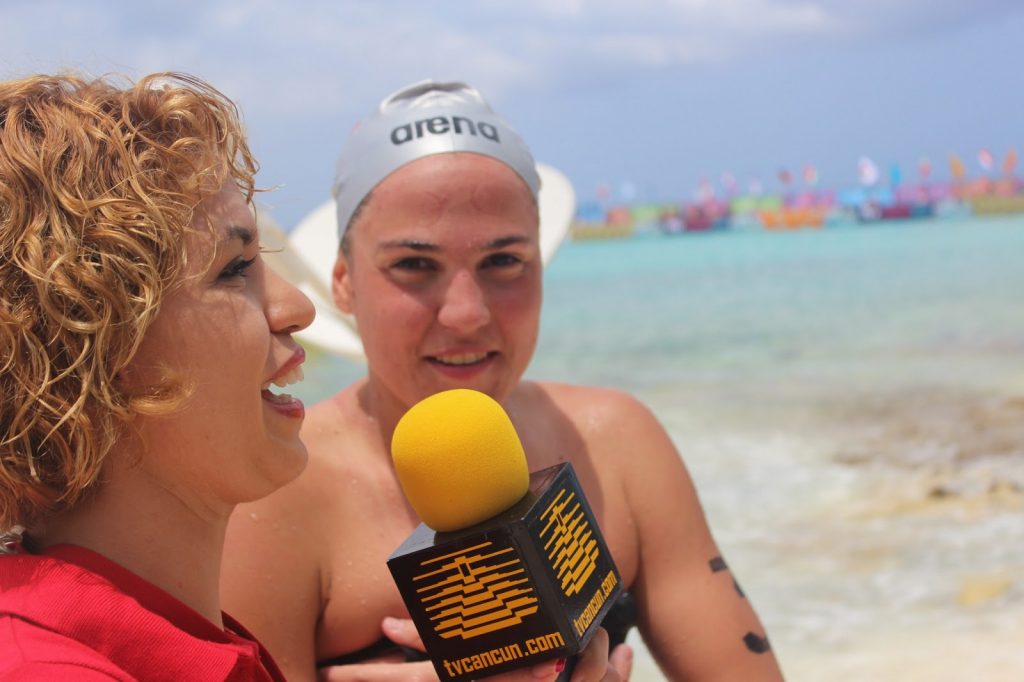 Martina Grimaldi pulled off a two-fer winning her second FINA professional marathon swimming race in one week. Her victory was a hard-fought 15 km race in a 12-loop 1.25 km course against the fast currents of the Caribbean Sea.

Loop after loop, Grimaldi went stroke-for-stroke with the ageless Angela Maurer of Germany and her Italian teammate Rachele Bruni. For 10 loops, the women pushed the pace taunting the rest of the field to stay up with them. But when the top men lapped the women’s lead pack in the short-circuit course, the trio of Grimaldi, Maurer and Bruni were able to hang with the men.

Even as the top men took off, so did Grimaldi, Maurer, and Bruni like sharks after a bloody carcass. As the top three women latched onto the men, they were able to easily separate themselves from the rest of the women’s field. Then it came down to two remaining loops where the three veterans went after each other as they have done so many times before.

“I am so happy,” said Grimaldi whose back was tanned bronze under the tropical sun of the Yucatan Peninsula (shown above). “But it was a hard race.”

“Someone needs to do some good research on that woman,” suggested FINA Safety Delegate Shelley Taylor-Smith of 37-year-old Angela Maurer. “She keeps on swimming well, at a world-class level, at her age with a child, against the best women in the world. She is really something else.”

The official results are posted below: