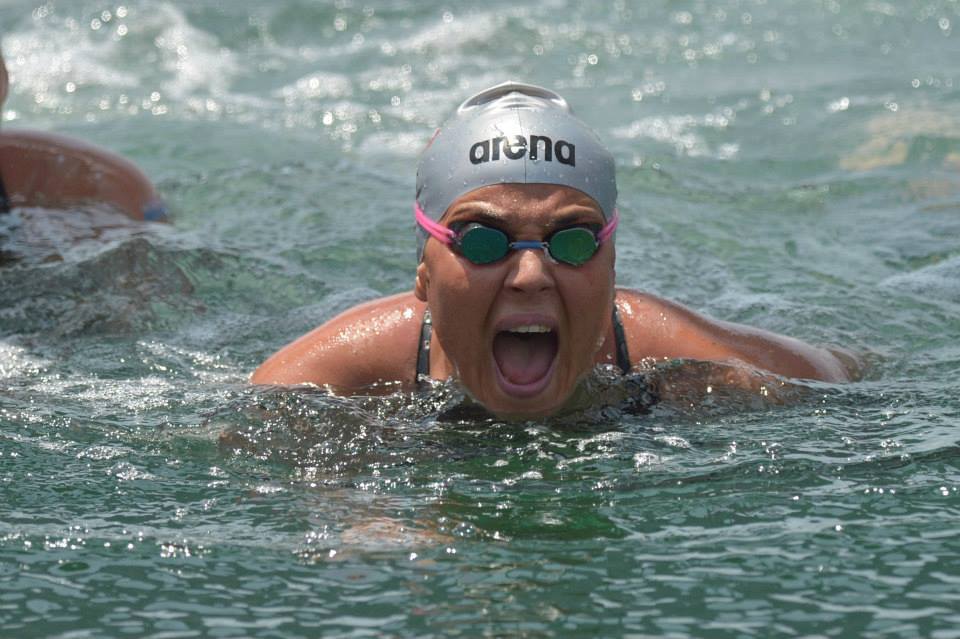 After finishing fourth in the 25 km race at the recent 2017 FINA World Championships in Hungary, Martina Grimaldi and her Italian teammates headed over to Quebec, Canada to compete in the 32 km Traversée internationale du lac St-Jean for the first time.

If there was any time to participate in the race for those swimmers who do not like cold water, this was the year.

The two-time Olympian, bronze medalist and 10 km world champion had won other FINA Open Water Swimming Grand Prix races, but she had never competed in the famous Traversée in Roberval; it is considered to be one of the most difficult, fastest and toughest professional marathon swims.

The cross-lake swim of 32 km is known for rough, cold water and turbulence caused by winds for the previous 62 editions of the renowned race.

But FINA’s new water temperature/wetsuit rules changed the dynamics in today’s 63rd annual event. With the water temperature at 18°C, the participants had the option to wear a wetsuit or not. All the swimmers – with the exception of Dania Belisle – donned black neoprene wear.

Grimaldi led a 1-2-3 Italian sweep of the victory stand with Barbara Pozzobon and Alice Franco second and third, respectively.

“I’m not pleased with my result. I thought I could have done better. It was difficult to swim with the wetsuit,” said Sabryna Lavoie who ultimately finished seventh.

Canadian Prime Minister Justin Trudeau visited the venue earlier in the week to encourage the swimmers on.

Photo above from the 2013 FINA World Championships where Grimaldi won the 25 km race [see details here].