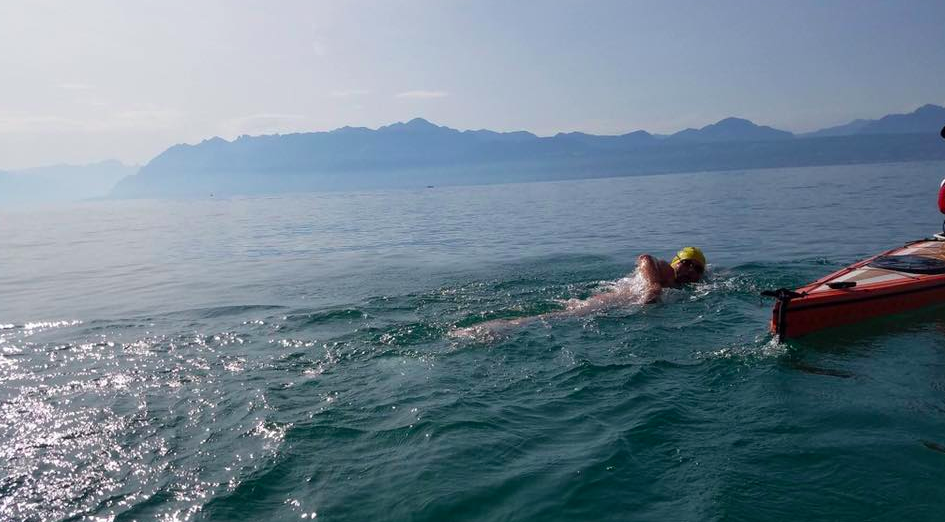 Martyn Webster enjoyed and experienced a Barraesque year in 2018.

The 51-year-old British, one of the World’s Top 50 Most Adventurous Swimmers, received the 2019 Barra Award for Most Outstanding Year of Marathon Swimming (all considered) from the Marathon Swimmers Federation.

Webster is shown above swimming in Lausanne on the Swiss side of Lac Léman to the Centre Nautique d’Evian-les-Bains on the French side.