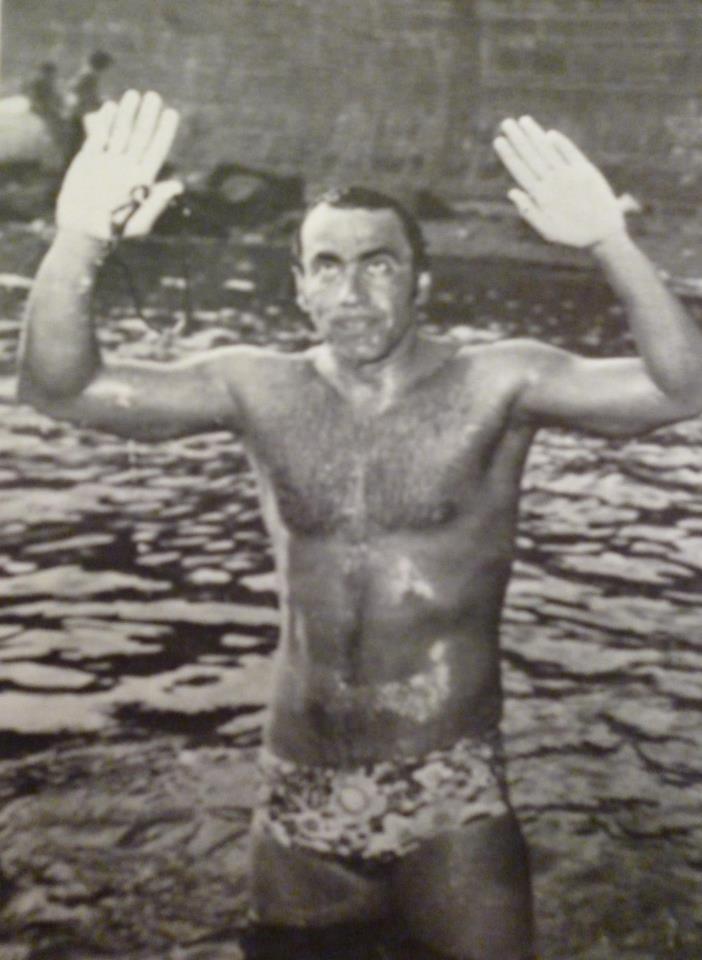 Marwan Ghazawi is a name most contemporary marathon swimmers do not remember. However, the sturdily built Egyptian with a flawless stroke was a force to be reckoned with in the 1960’s and 1970’s.

Since he first began swimming in Egypt under the guidance of his father and has never stopped. He won his first 1500m pool race at the age of 16. “I started swimming when I was 4 years ago in 1948 when my father taught me. My first competition was when I was 15 years old at a swim club in Alexandria, Egypt. Then I graduated from the Saint Marc Alexandria Military College in 1964.”

He took time off for studies, but Ghazawi never lost his feel for the water even as he trained very little.

But after graduation, he got back into the pool and again came to the attention of the world’s swimming community with world-class times in the 100m freestyle.

Sprinting to a 55.4 in the 100 freestyle in a local swim meet in 1967, Ghazawi was beginning to emerge into one of the top freestylers in the world when the best time in the world was only 54 seconds. With the 1968 Mexico City Olympic Games looming in the horizon, he was on his way. However, his career was unexpectedly interrupted when the 1967 war between Egypt and Israel caught the Egyptian athletes off-guard. With politics in turmoil and budgets slashed, the dreams of Egyptian Olympic hopeful were dashed in the 1968 quadrennial.

“I was not too far off the top times at the 1968 Olympics, but I decided to keep swimming even after my Olympic disappointment. The Egyptian great Abdul Latif Abou Heif asked me to switched to open water.”

So when went back to the water with an even greater passion. He turned his passion from chlorine to salt, from the pool to the oceans of the world.

Ghazawi drastically increased his range to 26 km and won the Nile River Marathon in 1971, 1972, 1973 and 1974. When the 36 km Maratona del Golfo Capri-Napoli event was attracting the world’s greatest professional marathon swimmers, he won the event in 1976. He also won the 24 Heures La Tuque race in Quebec, Canada in 1973 with Osama Rashad as well as the 1978 Varna marathon in Bulgaria. He traveled widely as a converted marathon swimmer, competing in Chicago (USA) in 1973 and finishing second in the 1978 overall World Professional Marathon Swimming Federation rankings. He was only Egyptian other than Abdul Latif Abou Heif to finish in the top 3 in the world rankings.

“I have been swimming all my life. Open water means a lot to me and it is a big part of my life, and have kept swimming competitively between 1963 and 2000 when I finished third in the 2000 World Masters Swimming Championships in the 5 km open water swim.”

When life has taken an unexpected turn for Ghazawi, he simply picks up the pace and goes with the flow. From 100m in a pool to 24 hours in a Canadian lake, he has long proved his passion for the water.