Mary Missed Melbourne, But Made History

Mary Missed Melbourne, But Made History

Mary Kok was the first Dutch swimmer to complete a crossing of the English Channel. In 1960, the 20-year-old Kok crossed in 12 hours 25 minutes.

When Kok reached the shores of England, she said, “I want to go back. I want to be the first in the world to go back and forth.”

She was motivated to make up for lost time.

In 1955, Kok was 15 years old and on top of the swimming world as she had set world records in the 100 and 200m butterfly and in the 400m freestyle. She later went on to set a total of 10 world records and was inducted in the Class of 1961 in the International Swimming Hall of Fame.

Her goal as a 16-year-old was to culminate in the 1956 Melbourne Olympics. 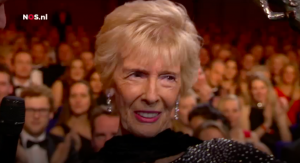 Fewer than 3,500 athletes from 67 countries attended the first Olympics held in the Southern Hemisphere. Weeks before the opening of the Olympics, the Soviet army entered Hungary to suppress a political uprising. The Netherlands, Spain, and Switzerland boycotted in protest against the Soviet invasion – and Kok’s Olympic dreams were squashed.

In 2016, Kok was honored by the Hungarian government. A video of her recollections of her career is posted here.