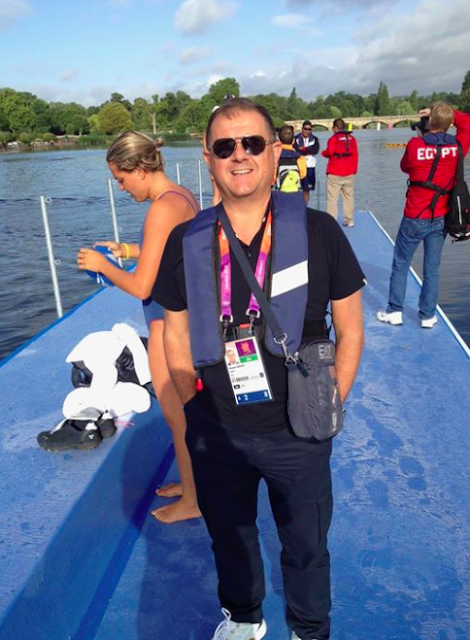 “He is very organized. He is a strategic thinker. He not only grasps all the nuances and details of the sport and its top athletes, but he also continues to create an enjoyable ambiance of teamwork among the athletes.

Each of the Italian national team swimmers feel they are swimming on behalf of something more than themselves
,” recalls Steven Munatones about Massimo Giuliani, the long-time Italian national team coach and administrator. “His passion and work is one of the reasons why Team Italy has been among the best open water swimming nations over the past 25 years.”

Giuliani was elected as an Honor Contributor – Coach in the International Marathon Swimming Hall of Fame and will be honored as a member of the Class of 2020 in New York City on May 2nd 2020.

Ned Denison, chairperson of the International Marathon Swimming Hall of Fame, describes his career, “In 1985, Massimo became one of the youngest qualified swimming coaches in Italy. He taught and coached at his local swimming club in Piombino and became the Italian 25 km Team Coach for the 1994 FINA World Championship Team.

Massimo’s thirst for knowledge lead him to host teams from all over the world to learn and share knowledge. In 1995, he became the Italian Open Water Team Manager, a role he still holds in 2019. Under Massimo’s leadership, Italy has become a powerhouse of modern day competitive open water swimming.

Under Massimo’s guidance and leadership, Italian swimmers have won 17 gold, 17 silver and 19 bronze medals at major international 10 km and 25 km events including the following: