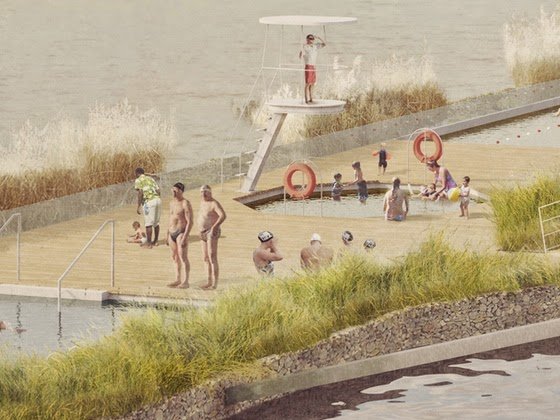 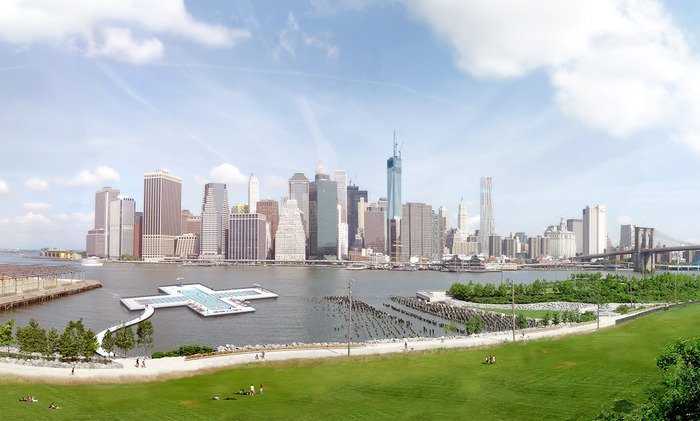 Three American buddies using Kickstarter believe that any open body of water can be transformed into a clean place for public swimming. They set about to build an ambitious project in New York’s East River to create a + POOL floating test lab.

The Thames Baths Lido has similar goals and similar means by three British buddies – Chris, James and Matt – via Kickstarter. The trio’s goal is to create a new swimming and cultural destination for London on the River Thames using clean, filtered and heated Thames water.