Masters Of The Sea Cover Open Water In Egypt 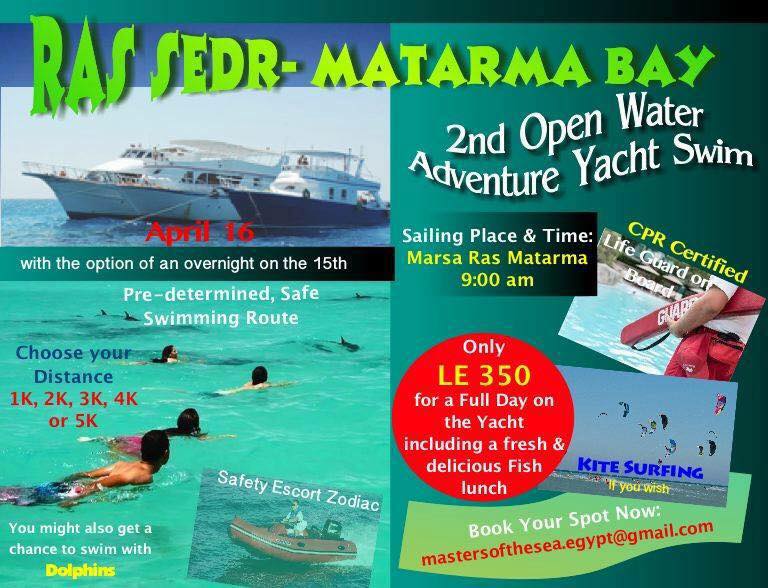 Masters of the Sea Egypt is an open water swimming event organiser in Egypt that specializes in yacht swimming tours.

In addition to the Fayoum Desert Open Water Swim, the Masters also arrange a number of yacht swims: