Matthew Moseley’s Trifecta In A Lake, An Ocean, A River 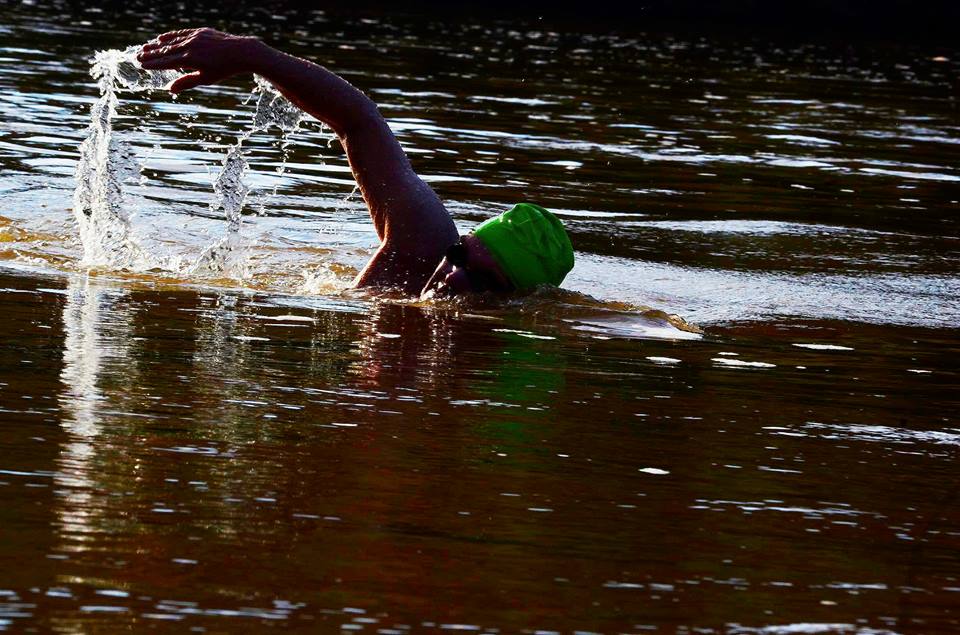 There were all kinds of things happening during Matthew Moseley‘s unprecedented 47.5-mile (76.4 km) 13 hour 56 minute swimming descent of the Colorado River on July 29th.

As he swam downriver through the Canyonlands he swam into rocks and debris and a few trees lodged in the water even though he was guided by kayaks. “The water was very dark and cloudy. I couldn’t even see my hand. But it wasn’t muddy and had a nice rich taste… almost merlot. The Colorado River carries a lot of silt after it leaves the mountains.”

After completing his 25-mile crossing of Louisiana’s Lake Pontchartrain in 2014 and his 24-mile swim in Puerto Rico earlier this year, the Canyonlands swim culminated his planned marathon trifecta that he had mapped out several years ago: A Lake, An Ocean and A River. “These were 3 first adventure swims, all done for certain and specific reasons and organizations…but all related to protecting water,” Moseley explained.

“In a nutshell, it was an amazing swim and extremely spiritual in the ancient canyons.

A few days before every big swim I think about Expect The Unexpected. There is not a swim where something doesn’t happen. And sometimes they are a big deal. [On this swim], we had some challenges with the motor not working on the support boat. So after mile 12, the kayaks ended up pulling it. It was a very difficult task for the support crew, which then took people off the navigation task on the front end. So this trip wasn’t just about fitness, nutrition and mental toughness, but it took a lot of navigation and on-the-fly decision-making in the most unforgiving canyon. There was no out
.”