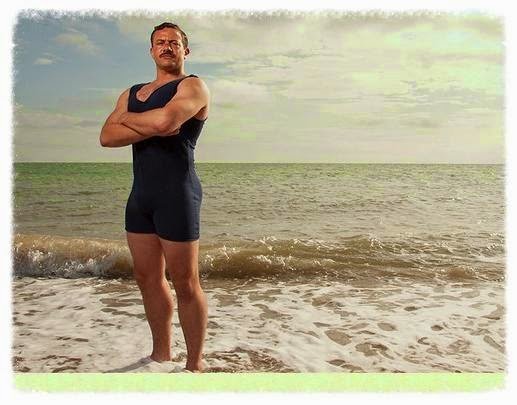 Marathon Films‘ purpose is to make films that tell the stories of unsung British heroes. And for the open water swimming community, the filmmakers could have not picked a better protagonist for their first feature film The Greatest Englishman.

Similar to Sir Edmond Hillary for mountaineers and Neil Armstrong among astronauts, Captain Matthew Webb holds a special place in the hearts of open water swimmers. Everything about his crossing of the English Channel in 1875 is iconic and inspirational: He swam breaststroke for 21 hours 45 minutes. He had a seemingly impossible dream that he saw to completion. He pioneered a mindset for future generations.

Starring as Captain Webb, British actor Warren Brown said, “Being a part of this project has been a fantastic experience. Captain Webb was a brave and courageous man who made the impossible happen through sheer determination and courage and it has been an honour to bring his story to life.”

And it was Marathon Films co-founder Salter who envisioned bringing his story to contemporary audiences. With his pedigree as an English Channel swimmer who has also crossed the Strait of Gibraltar twice, Salter knows well what it takes to prepare and then face head-on the most famed waterway in the world. “The film is receiving some playtime at the Cannes Film Festival. It has been signed up to Manifest Films and will hopefully go on general release in the autumn. It is to be submitted to the Toronto and London Film Festivals.”

To view the trailer, visit www.marathonfilms.co.uk.