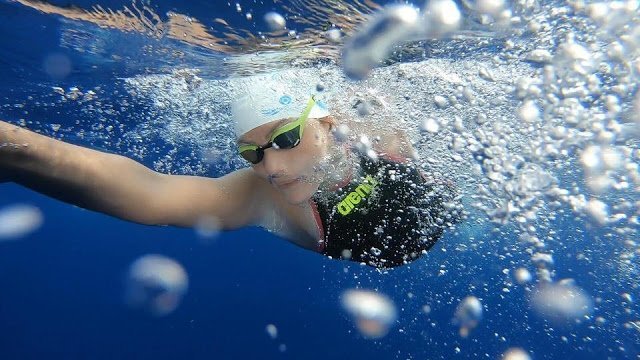 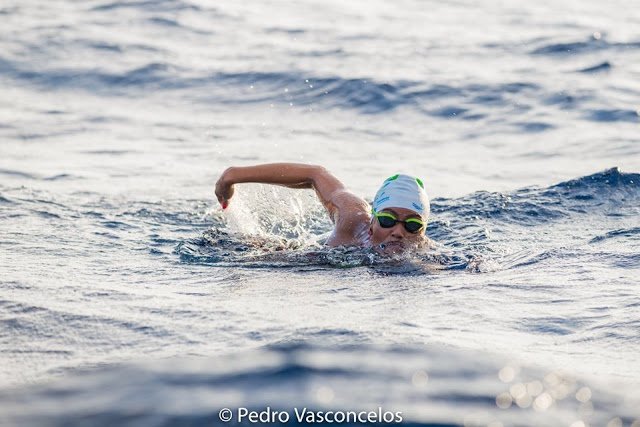 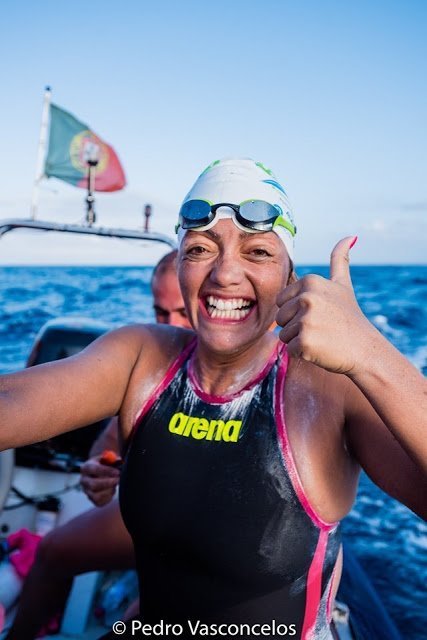 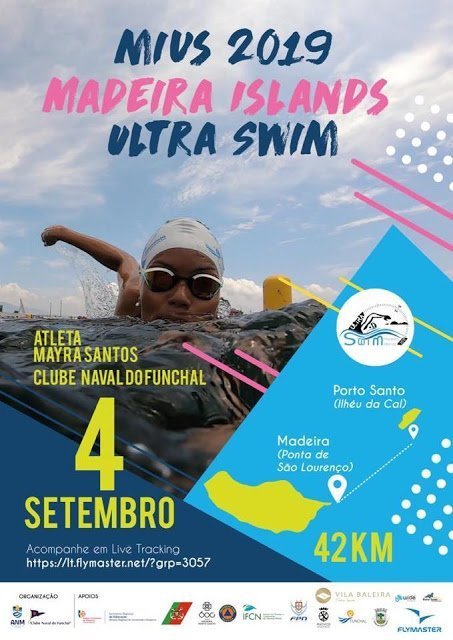 But she found her open water swimming grove on Madeira Islands in Portugal.

The Madeira Islands is a Portuguese archipelago located in the north Atlantic Ocean, west and slightly south of Portugal.

Born in Juiz de Fora, Brazil, she started swimming at the age of 9, but stopped before the age of 15 due to a lack of financial resources. She moved to Madeira Island in 2004 and went back to swimming in 2015 when she was invited to participate in a 1.5 km open water swim. “That was when my passion for the sea overcame me,” she recalled.

“I started swimming with the aim of swimming long distances. After one year, I completed a 18 km crossing in the Canary Islands.”

Then she wanted something more difficult. She explained, “I started researching and launched a challenge for my Funchal Naval Club to attempt a 42 km crossing between Porto Santo to Madeira.”

On September 4th, she began swimming at 7:10 am from the Ilhéu da Cal. “My goal was to do it before nightfall because there was a time limit of 14 hours. I fed every 40 minutes with two support vessels carrying a team of 10 people with my husband João Duarte, Dr. Rubina Lara, photographer Pedro Vasconcelos, boat captain Adelino Ferreira, Lieutenant Director Paulo Falé, FINA official Dalila Lira, ANM Madeira Swimming Association representative Humberto Goncalves, and nurse Orlando Fernandes.”

After 12 hours 7 minutes she arrived at Ponta de São Lourenço on Madeira. At the Quinta do Lord Marina there were hundreds of people and the media were waiting for her. 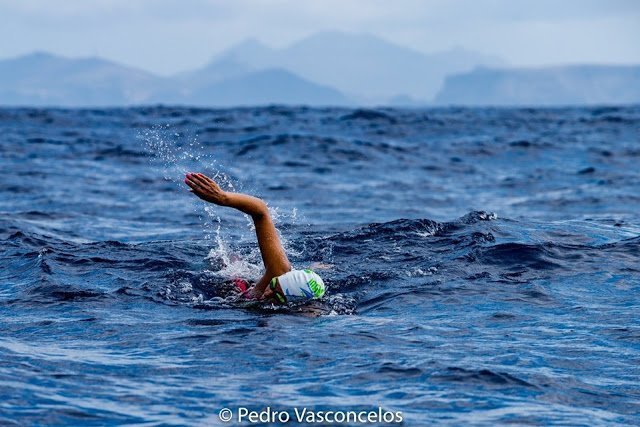