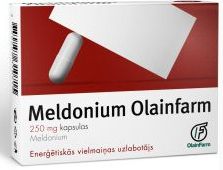 Substances can range from commercially available steroids that have been included on WADA banned lists for some time to specific medications that have recently been added like meldonium.

While Olympic medals, commercial sponsorships and cash prizes can provide suitable incentive for some athletes to seek competitive advantages through chemical substances (see here), are there other motivations – personal and private – for amateur athletes to similar seek and take banned substances so they can complete or win an open water swim?