Melissa Gorman Right In The Mix…Among The Top Men 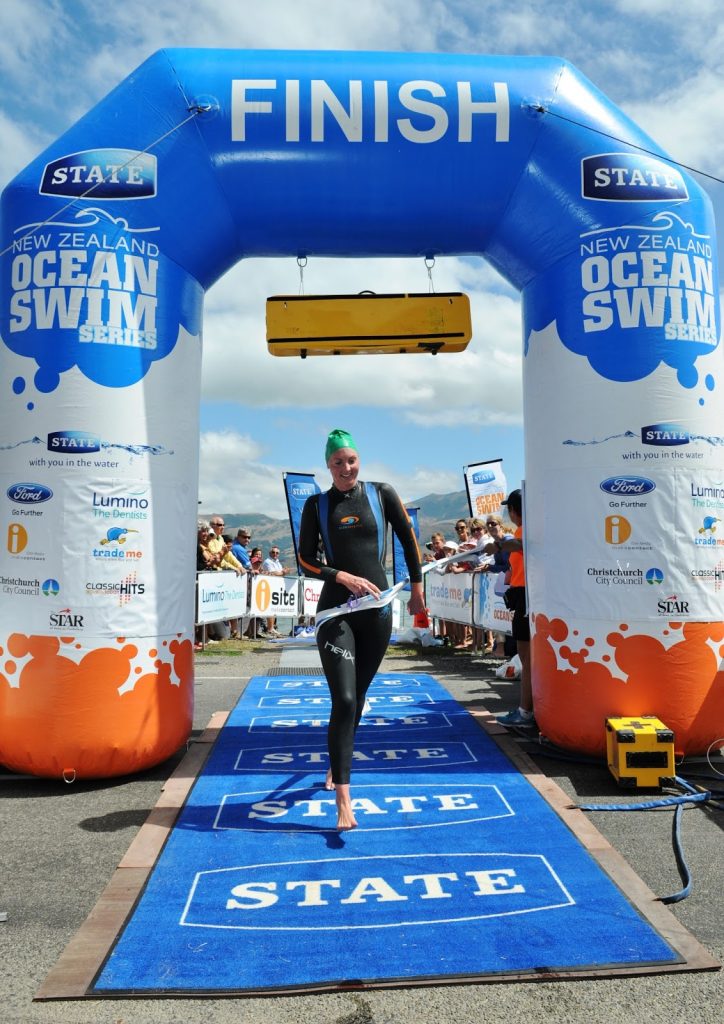 She nearly did it in last year’s RCP Tiburon Mile in San Francisco Bay – pulling off a rare win against professional elite men. And in today’s State Le Grande Swim in Akaroa, New Zealand, Melissa Gorman battled against the best in a neck-and-neck battle.

While Kane Radford won a close race over Phillip Ryan at the State Le Grande Swim, the fourth round of the State New Zealand Ocean Swim Series, Gorman was only a short bit back ahead of the third man Josh Richardson. The four formulated the lead pack, always close to one another from start to finish.

Gorman’s performance was remarkable, very similar to her exploit in San Francisco. The 2008 and 2012 Olympian and two-time Commonwealth Games medalist in the 800m freestyle showed her upside in the 2016 Olympic quadrennial by beating the entire field, other than Radford and Ryan.

Her performance sent a big message to New Zealand’s best Charlotte Webby and Cara Baker. “It’s good to let them know that I’m here, and that they don’t have the series all to themselves anymore. But you know what, they’re great swimmers and they have just as much a chance of winning as I do.”

To be eligible for the $20,000 up for grabs, each swimmer must compete in a minimum of three of the six races. 100 points is awarded to each race winner, with double points on offer in the final round, the State King of the Bays in April. Just the top three performances from each swimmer count in the standings. And Gorman is planning to competing in the last 2 rounds. “$20,000 is a lot of money. We’ll have to see how things pan out, but at this stage, I’m definitely coming back,” Gorman said.

The next race in the series is the State Sand to Surf in Mount Maunganui on March 16th. The final race, the State King of the Bays in Takapuna, is on April 6th.