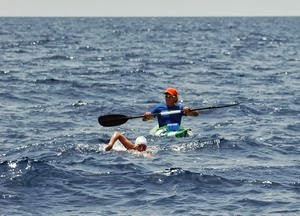 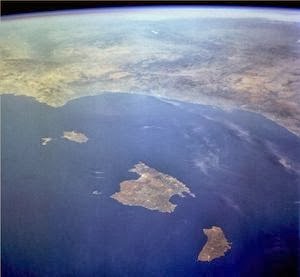 Francisco “Siscu” Pons helped create the bilingual (Spanish-English) website for the Menorca Channel Swimming Association together with a group of other experienced Menorca Channel swimmers and enthusiasts.

“We welcome you to our Menorca Channel Swimming Association official website. Here you can see the history of all swimmers who have managed to cross in either direction from the coast of Menorca to the coast of Mallorca. This association is governed under strict F.I.N.A. rules. It’s been created to help those athletes who want to make the crossing with all the technical and administrative safeguards.

In a decision that many channel swimming association have had to wrestle with, the Menorca Channel Swimming Association decided to accepted as official all documented swims prior to 2012, the year that the Association was created.

​ Pons continues, “The Menorca Channel is one of the voyages of long distance – 37 km approximately in unknown open water with a north wind, jellyfish and sea currents. At present only 8 swimmers worldwide have achieved this feat between the Balearic islands of Menorca and Mallorca in the Mediterranean Sea.”