Mercedes Gleitze: The Spirit of a New Age To Air 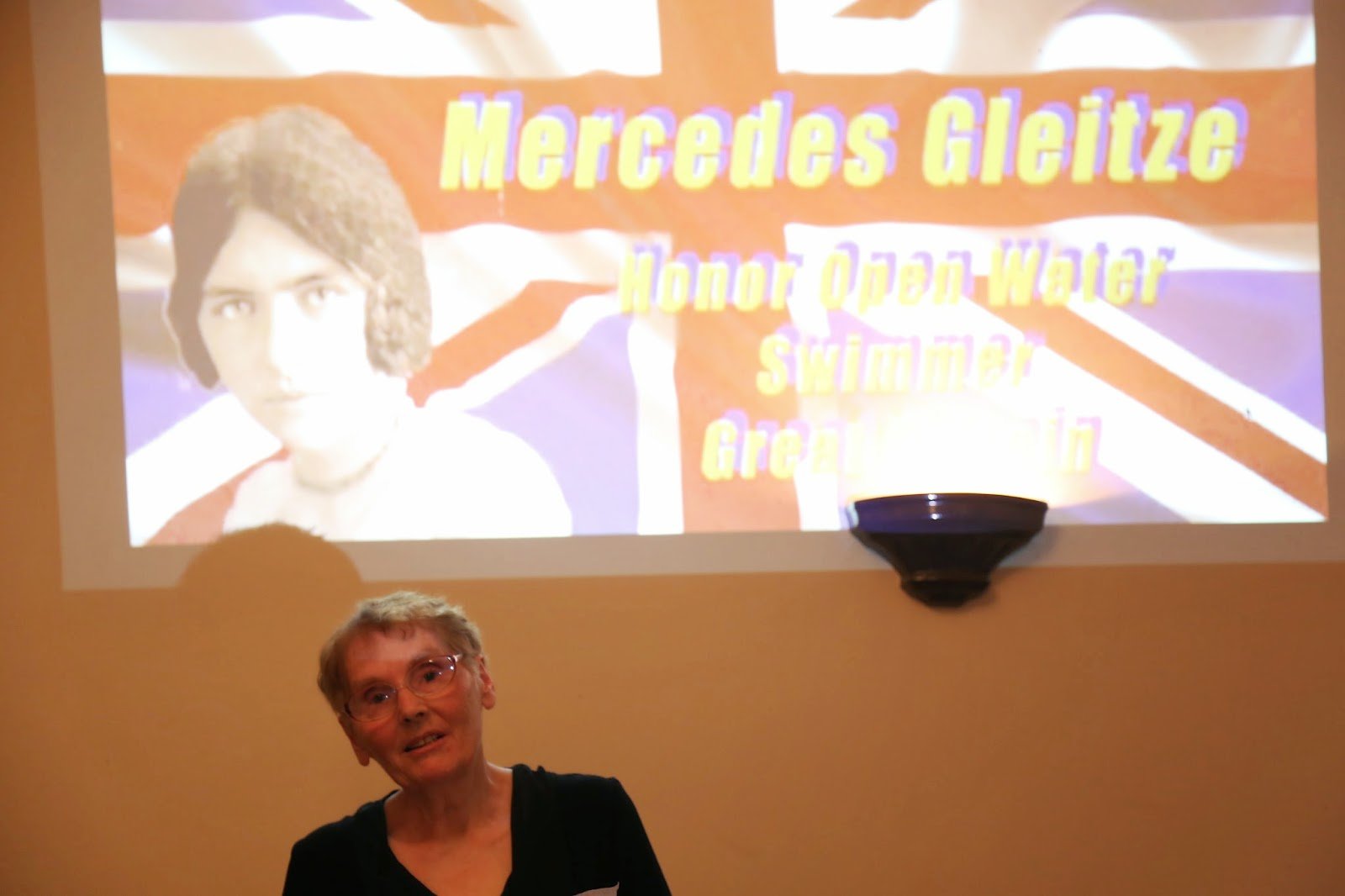 Doloranda Pember reported that the documentary entitled Mercedes Gleitze: The Spirit of a New Age, produced by Clare Delargy of Delargy Productions of Northern Ireland, will be broadcast later this year on Foxtel’s Bio Channel (Biography Channel). It will first be shown in Australia and New Zealand.

The film also features two eyewitnesses, one of whom witnessed Gleitze’s unprecedented swim across the Strait of Gibraltar.

Photo by Ram Barkai shows daughter Doloranda Pember and a photo of her mother Mercedes Gleitze above at the International Swimming Hall of Fame induction ceremonies on the Isle of Bute, Scotland.