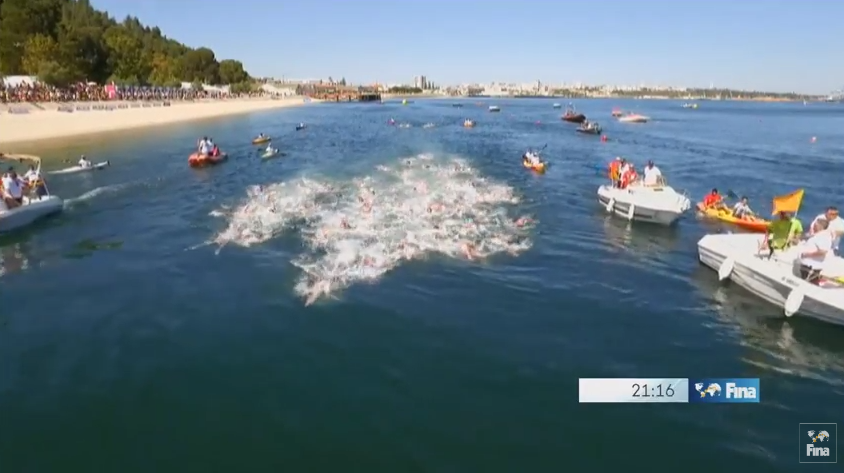 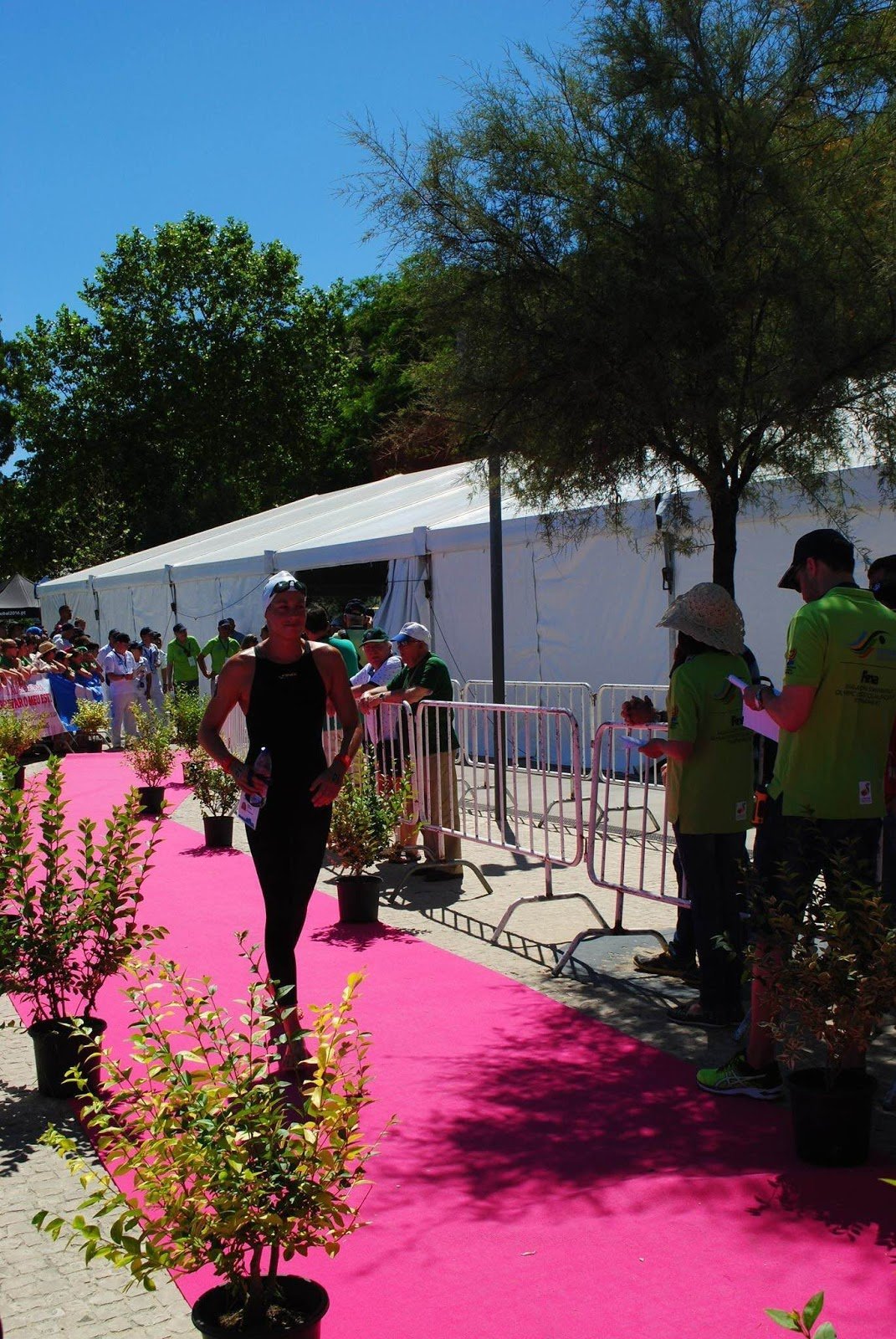 When Ivan Enderica Ochoa and Samantha Arevalo both represented their native Ecuador well at the recent Olympic 10 km Marathon Swimming Qualification Race in Setúbal Bay, Portugal, there was another swimmer who represented her country at such a high level for the first time.

While Arevalo and Enderica are traditional distance freestylers who moved from the pool to the open water, Liivand made an even more dramatic transition from a sprint breaststroker to a 10 km marathon swimmers. The 25-year-old is the Baltic champion in the 100m and 200m breaststroke in the pool, competing in the World Youth Championships, the European Olympic Festival and the FINA World Cup series.

But she shifted gears and added the 10,000-meter freestyle to her breaststroke repertoire. The Estonian model and aquapreneur recalls the experience. “It was one of the toughest open water conditions; it was rough with 18ºC (64ºF) water temperatures.”

It was not the controlled 50m environment that she had grown up with.

Liivand made it to the finish line, but she had to overcome unexpected physicality and a bout with hypothermia. ”Right at the beginning after three strokes, I received a strong punch to my stomach and lungs. I thought I will be done by 500 meters. I knew it that I had to swim a little bit easy in order to cope with the pain. But I lost lots of time and warmth in the beginning.

The last few laps were hard. I couldn’t feel my legs and arms, but I knew that I had to somehow finish [because] I have many supporters
.”

But it was a close call in the six-loop course in Setúbal Bay, Portugal.

“When I was heading to last lap, I saw lead swimmers coming into the finish. I had to finish within 30 minutes after the first swimmer in order to make it under the official time limit. I put everything out there; whatever I had left.” She finished the race with 2 hours 22 minutes, with less than 3 minutes to spare behind China’s Xin Xin’s winning 1 hour 55 minute time.

With her final push, Liivand became the first Estonian female open water athlete to finish within the official time limit. “I could not do it without my family, friends and supporters who were on my mind the whole swim. When I got to medical care, the doctors told me that I was suffering with hypothermia with body temperature of 32ºC (89ºF). I am really thankful for their care and profession.“

Liivand returned to Estonia and will take part in more familiar settings at this weekend’s Estonian Swimming Pool Championships. “I am going to swim only breaststroke events this time. Recovering hasn’t been easy, but I still want to take part because the Estonian Swimming Championships are an official Rio Olympic Games qualification competition in Tallinn.”