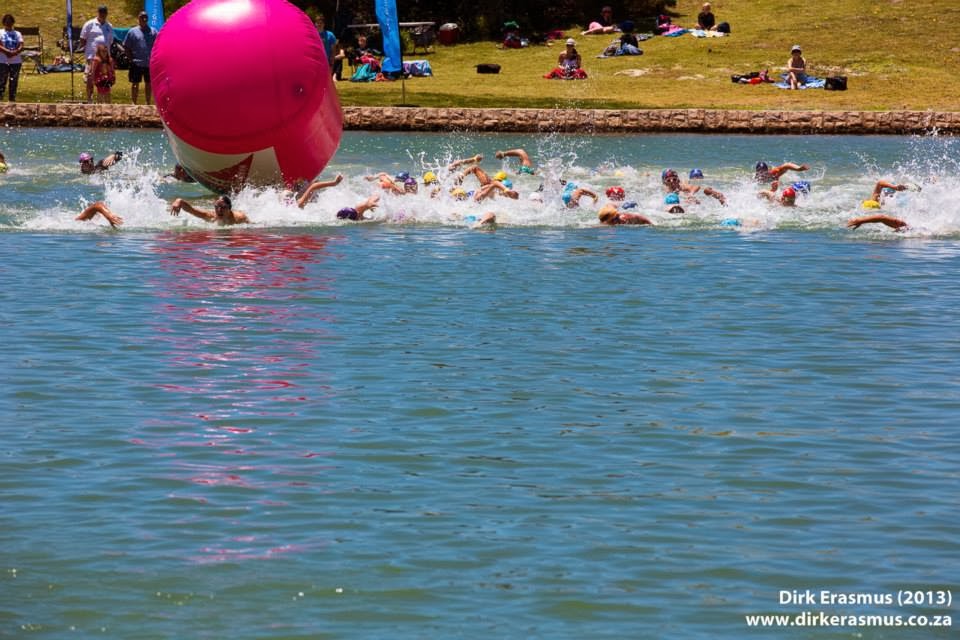 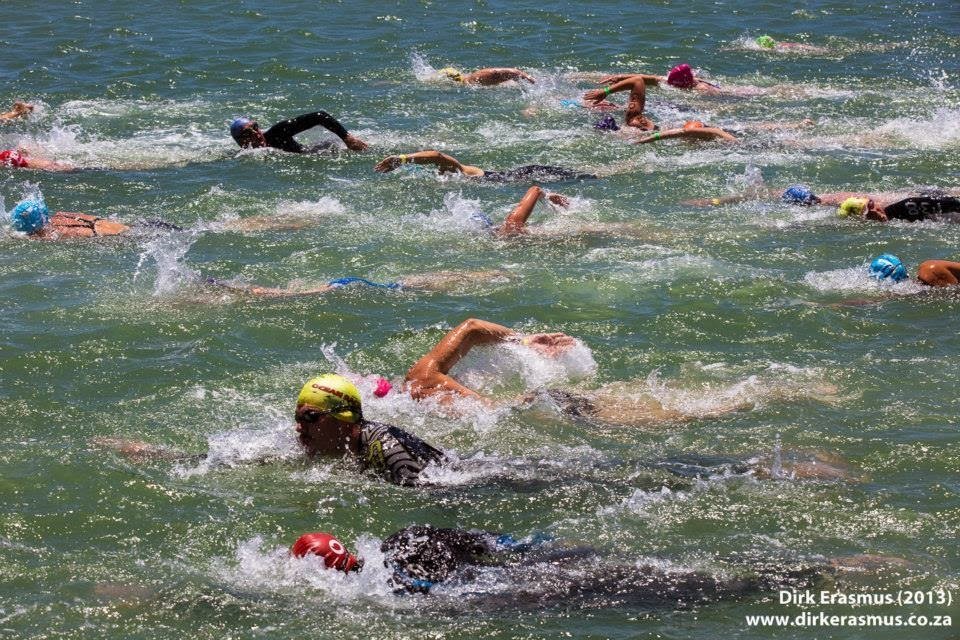 Round 2 of The Metsi Open Water Swim Series at Marina Martinique in Jeffreys Bay, South Africa was held yesterday in South Africa under pleasantly sunny conditions and quite comfortable 22ºC water temperatures.

The 5 km race kicked off the event where Chris Reid, Daniel Jones and Byron Lockett tangled up in an exciting head-to-head battle. Reid eventually took the victory in 1:02:17 with Jones 3 seconds behind. “It was a tough swim especially on the leg where we swam against the chop, but I enjoyed it,” said Reid.

Metsi Water Solutions sponsored R6,000 (US$593) that made the race worthwhile for visiting open water swimmers.

The women were much more spread out as Kirsten Marriott dominated in 1:08:26 over Nepo Ntsono and Amy Mardon.

The 75-meter bank-to-bank swim took place next with Noah de Swart, Issataya Bredell, Abriella Bredell and Christiaan Van Wyk all having good swims. 9-year-old Nadia Van Zyl and Matthew Grey were the only two swimmers in the 500m race as the conditions started to get testy.

“The next open water event is the Aquabear 2K which comprises of a team trial event as well as a 2K swim at Marina Martinique on December 16th,” said Brenton Williams. “The ever-popular Marina Mile will take place on December 21st and 22nd. Visit www.swimmingplus.com for more information.”