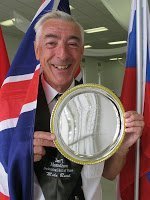 The International Swimming Hall of Fame announced its names for the Honoree Induction Class of 2011 that included eight marvelous heroes and heroines of the sport. “The 2011 Induction Ceremony will recognize an internationally diverse and remarkable class of aquatic personalities,” said Mike Snyder, Chairman of the Board of Directors of ISHOF. 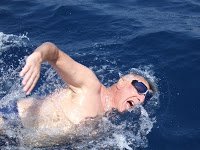 “All eight of these individuals have left a positive impact in the aquatic disciplines and we are pleased to recognize their successes and contributions.”

Read has long been heralded by the marathon swimming community, but it is great to see him similarly recognized by the wider aquatic community.

He has been the Channel Swimming Association Chairman since 1993 and was an alternate member of the British 1960 Olympic team in the 800-meter freestyle relay. He has served as a swimming administrator in one capacity or another for almost 50 years. He was a FINA judge, timekeeper, referee and starter between 1969 and 1971, and received the Irving Davids / Captain Roger Wheeler Memorial Award in 2009.