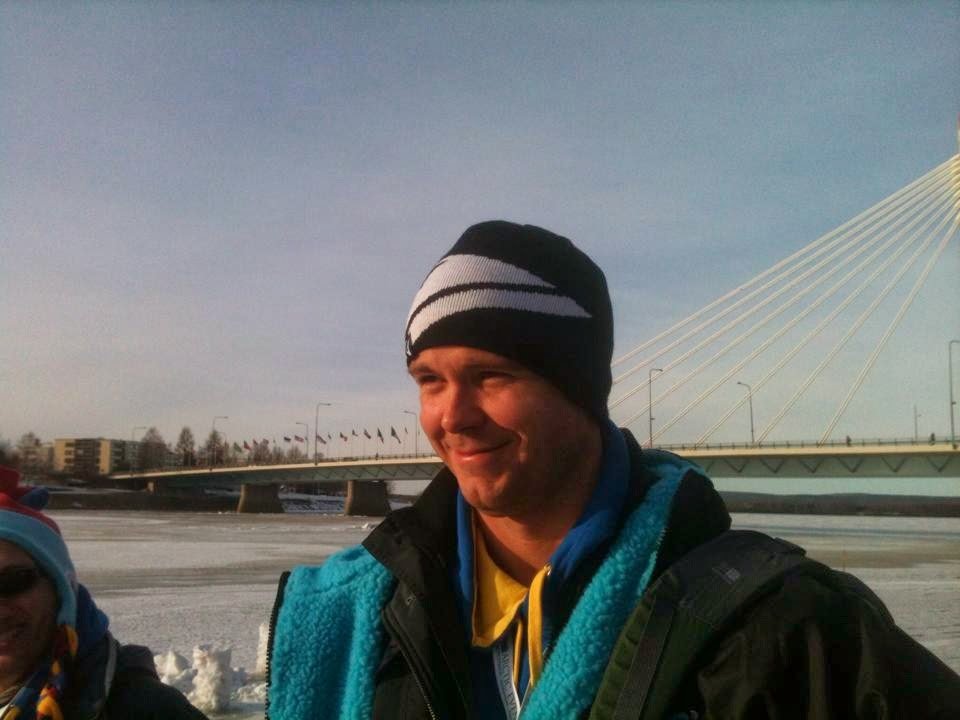 Michael Ventre competed in the 450m endurance swim in 10:21 (see results here) at the recent Winter Swimming Championships. The British marathon swimmer talks about his experience in Rovaniemi, Finland.

Daily News of Open Water Swimming: : For a swimmer from Botswana, that was some 450m winter swim. How did you find it?
Michael Ventre: Yes I found it extremely hard going. It was a far cry from the Kalahari Desert [in Botswana] for sure. London water temperature this year has averaged a “comfortable” 3 to 8°C so it was difficult to put in the required amount of ice swimming hours at the ideal 0°C, but I still managed to complete the swim. Hats off to the Russians who once again proved that they are masters of ice swimming.

Daily News of Open Water Swimming: How did you train for the event?
Michael Ventre: I would head down to Tooting Bec Lido in South London two to three times a week and do an average of 700 metres in about 15 minutes at around 6°C. A week before the competition, I managed 2200 metres in 47 minutes at 7°C which I was pretty chuffed with.

Daily News of Open Water Swimming: How did you feel during the swim?
Michael Ventre: I have never experienced anything like it. I started well, but after 150 metres I could no longer feel my hands. After 200 metres it felt like I had solid shards of glass in my forearms that were ripping through my veins. At 250 metres, the sensation in my shoulders and feet had disappeared which made turning at the end of every length very difficult. My breathing had become a bit erratic, but when an official placed the 400m card in front of me on my penultimate turn I realised I would probably make it all the way to the finish at 450m. I wasn’t feeling great immediately after the swim but was fortunate enough to have Nigel Reid from the South London Swimming Club and the very experienced Ram Barkai nursing me back to health while I was in the sauna. On my way to the sauna, my whole body went very fuzzy with pins and needles and vision was blurry. Recovery was very painful as my arms and chest were in spasm for a good half hour after the race. Ram would dip my hands and feet into cold water to create a gradual thawing of my extremities so as not to facilitate the shock to my system. My chest was in spasm and I had to fight the urge to close my eyes in the sauna. But after about an hour, I was feeling fine and managed to force a smile only briefly. A humbling experience I will never forget.

Daily News of Open Water Swimming: What is next on your open water swimming agenda?
Michael Ventre: I will be doing the Catalina Channel from Catalina Island to Los Angeles in August this year which will ratchet up my third notch of the Oceans Seven. I am nearly halfway.