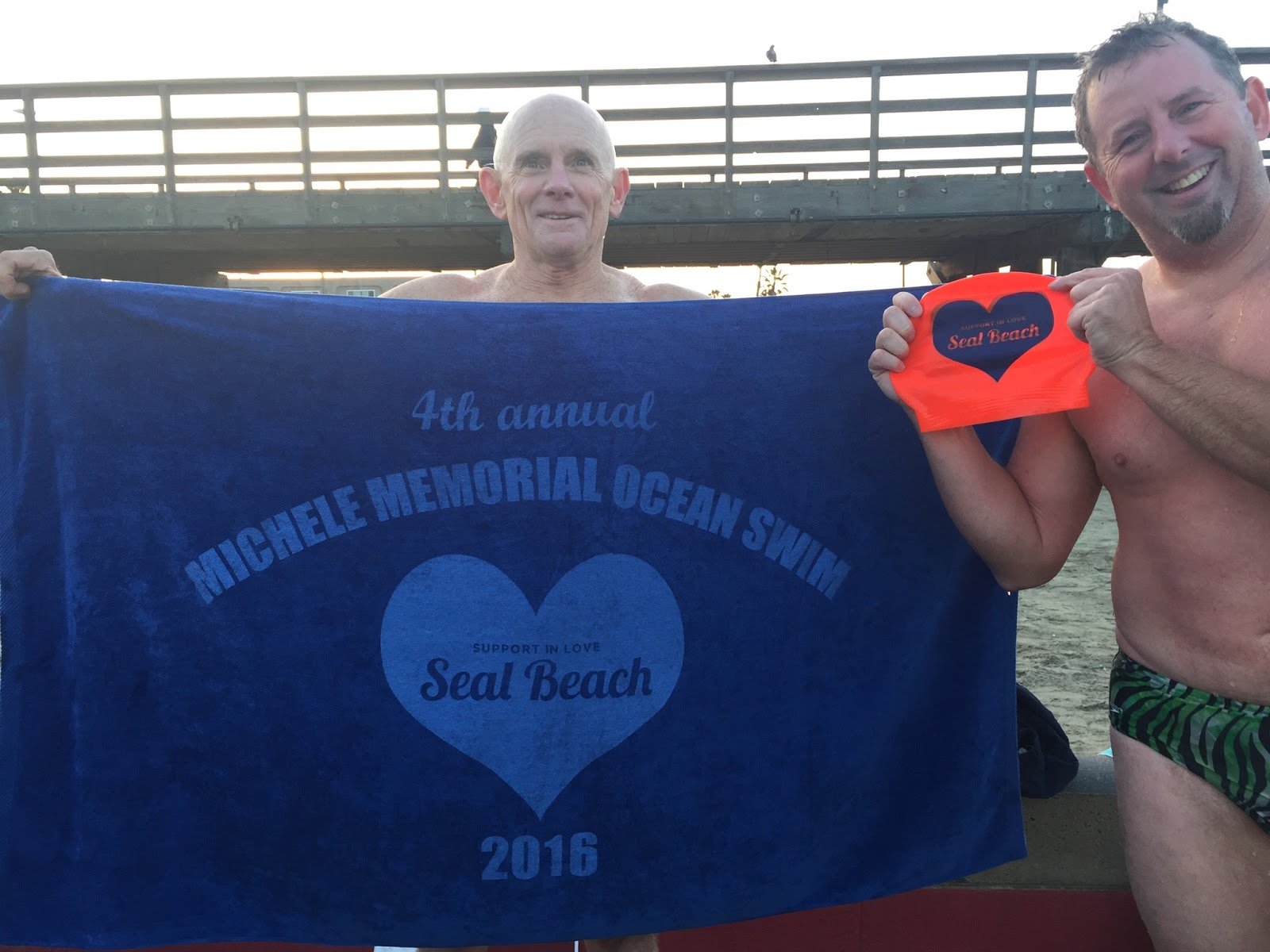 Michele Daschbach Fast was an American swimmer who grew up in Atherton, California. The youngest of six children and the University of California Santa Barbara graduate met her husband Patrick in college and raised their three children in Seal Beach.

She swam every morning in Seal Beach, genuinely touching everyone she met in and out of the water with a sense of humor and warm smile.

Shockingly, she was killed by a mass murderer while waiting in a beauty salon in Seal Beach in 2011.

This coming weekend’s Michele Memorial Swim & Paddle is an around-the-pier charity swim in support of the Wounded Warrior Project, organized by her brother Rooney Daschbach.

Rooney Daschbach and Shawn Oatey shown above with the towel and swim cap that comes with participating in the Michele Memorial Swim & Paddle.