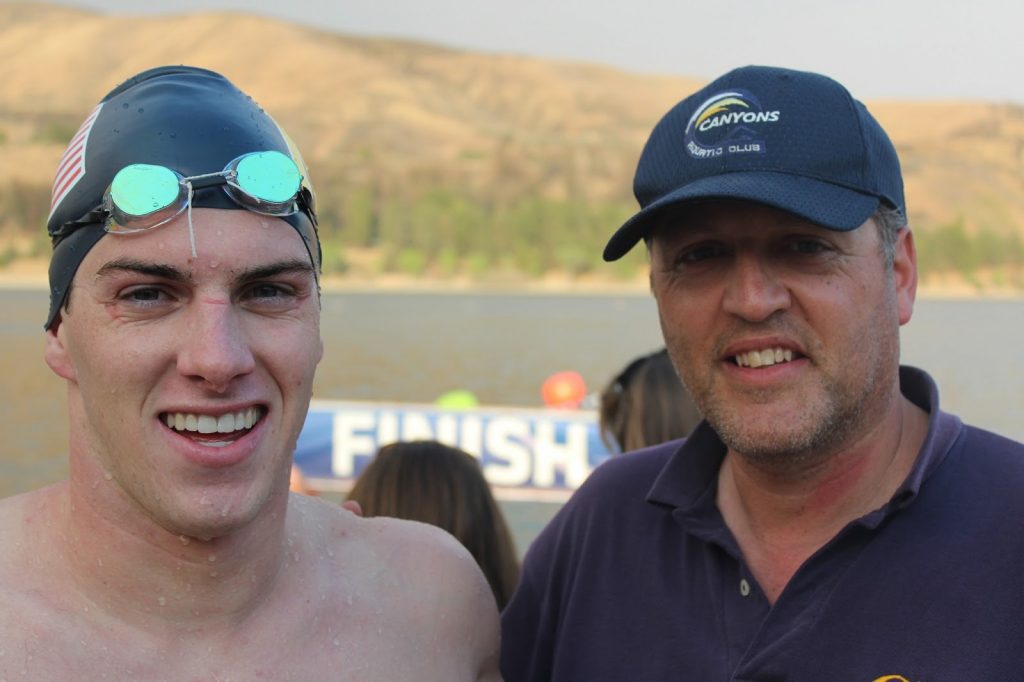 Ron Mita has been running around a lot this week. As the race director for the Fran Crippen Sunset Mile and the 2013 USA Swimming National Open Water Swimming Championships, he has hundreds of details and many volunteers to oversee.

But perhaps nothing was as satisfying for Ron than when his son flew home from the Naval Academy.

Like father, Riley, a Midshipman at the United States Naval Academy, is able to take part in the festivities and championships. As a local California kid, it was clear that it felt good to be home. “I swam on Canyons Aquatics my entire life, predominantly doing mid-distance and distance freestyle, as well as any open water competition that I could. I especially enjoyed tonight’s races because of the popular turnout, the course set up, and the professionalism it was run with.”

As an oceanography major at the Naval Academy, it only makes sense that Riley is into open water swimming.

Watch Riley compete against a stellar field in the USA Swimming live webcast of the events on this coming Friday (10K) and Sunday (5K).