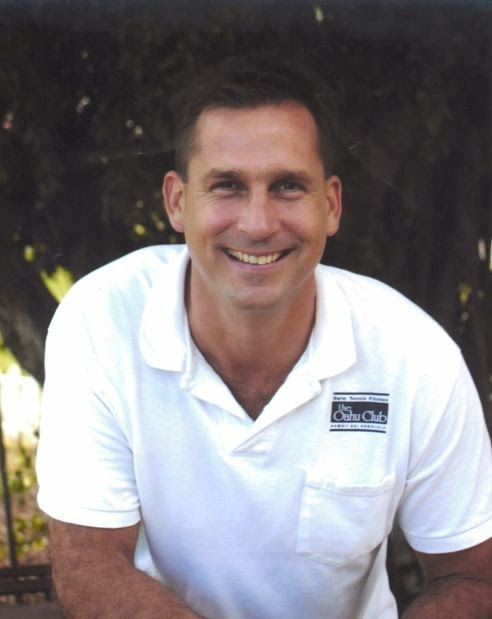 Joe Lileikis is a man of duality.

He was an intense competitor, but is always smiling before and after a race.

He is a very powerful man who also understands the absolute importance of precision and balance in the water. “The water can work wonders. Reach, roll, recover and relax. Imagery will enhance your experience. Relaxed power, ease and efficiency. Balance is beautiful.”

He is an competitor and a coach. He enjoys competition, but has spent his life getting others in the pool and open water.

He was born on the mainland (Woodland Hills, California), but has chosen to live his life on an island (Oahu, Hawaii).

He could sprint freestyle with the best, but he was also a fast middle-distance swimmer (national finalist and NCAA All-American at the University of Hawaii.

The member of the Hawaii Swimming Hall of Fame understands the importance of mind and body in the water. “Swimming allows you not only physical conditioning, it allows you to enjoy connecting with whatever thoughts enter your mind.”

Even after being diagnosed with cancer that required chemotherapy and following a fall from a tree that resulted in 16 broken bones, including 10 ribs, Lileikis remains relentlessly positive. “My swimmers, the community and the water provided me with positive healing. One quote that I have in my classroom is that time is our most valuable asset and possession. We all have time; however, we are uncertain about how much time we have. We must live each day with an attitude of gratitude, and use our time making choices and decisions to help others.”