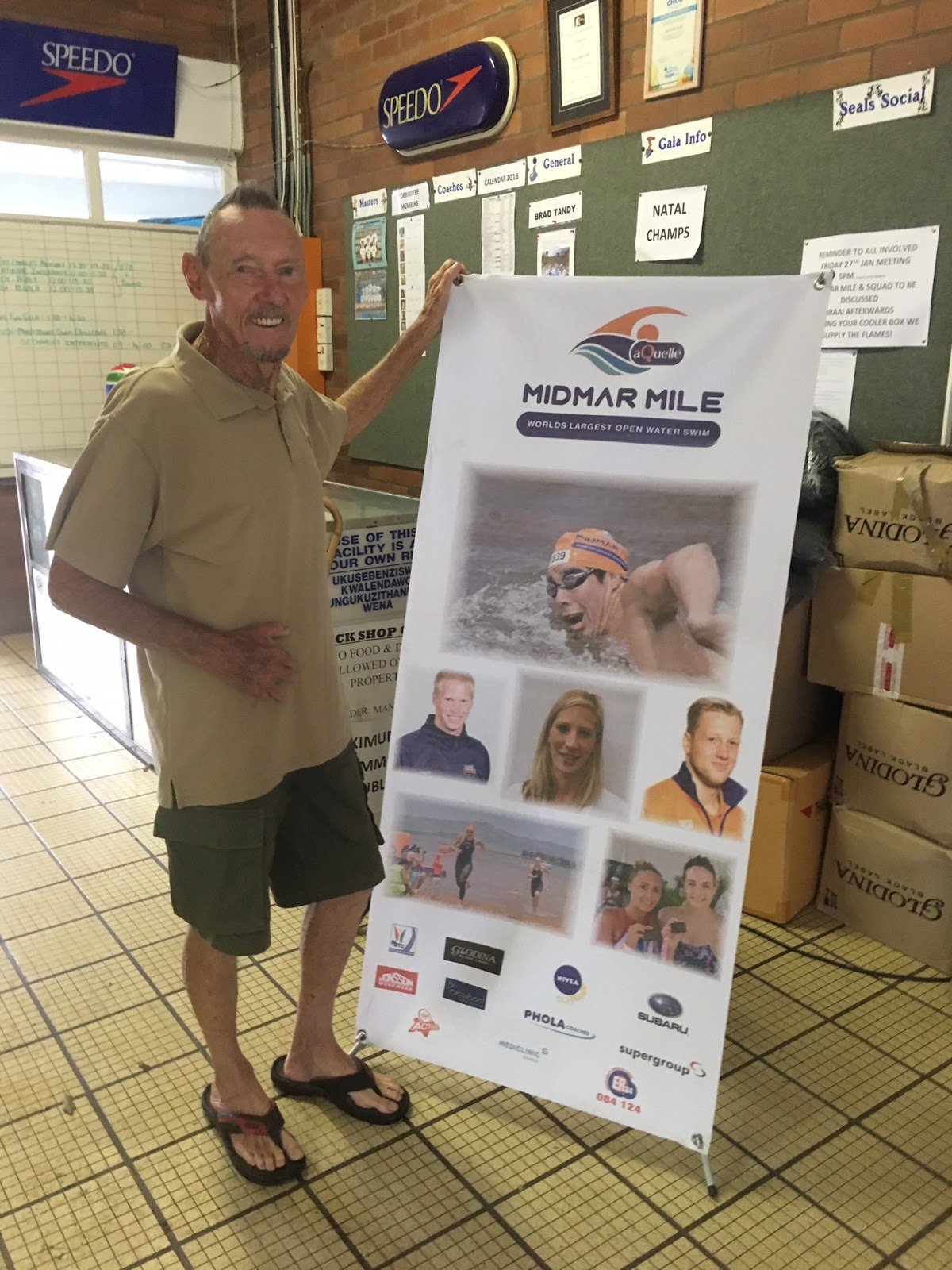 The 86-year-old completed his 44th aQuellé Midmar Mile out of the 44 editions held.

That kind of consistency and dedication is unparalleled in the open water swimming world. He has done a total of over 80 swims across the Midmar Dam in South Africa, and keeps training and maintaining his healthy lifestyle. For his original vision in creating the Midmar Mile, for this decades-long commitment to support the event in every and any means possible, and for his continued wellness that serves as an inspiration to those in the younger generations, Arbuthnot’s 42nd consecutive Midmar Mile swim is a worthy nominee for the 2015 World Open Water Swimming Performance of the Year.

Year in and year out since 1973, the South African has participated in the mile swim across the Midmar Dam. He and his buddies, Dick Park and Brian Glover, were unable to compete in the Buffalo Mile in East London because of petrol restrictions and decided to stage a race in KwaZulu-Natal. And so his legacy began.

The annual WOWSA Awards will be announced next week.