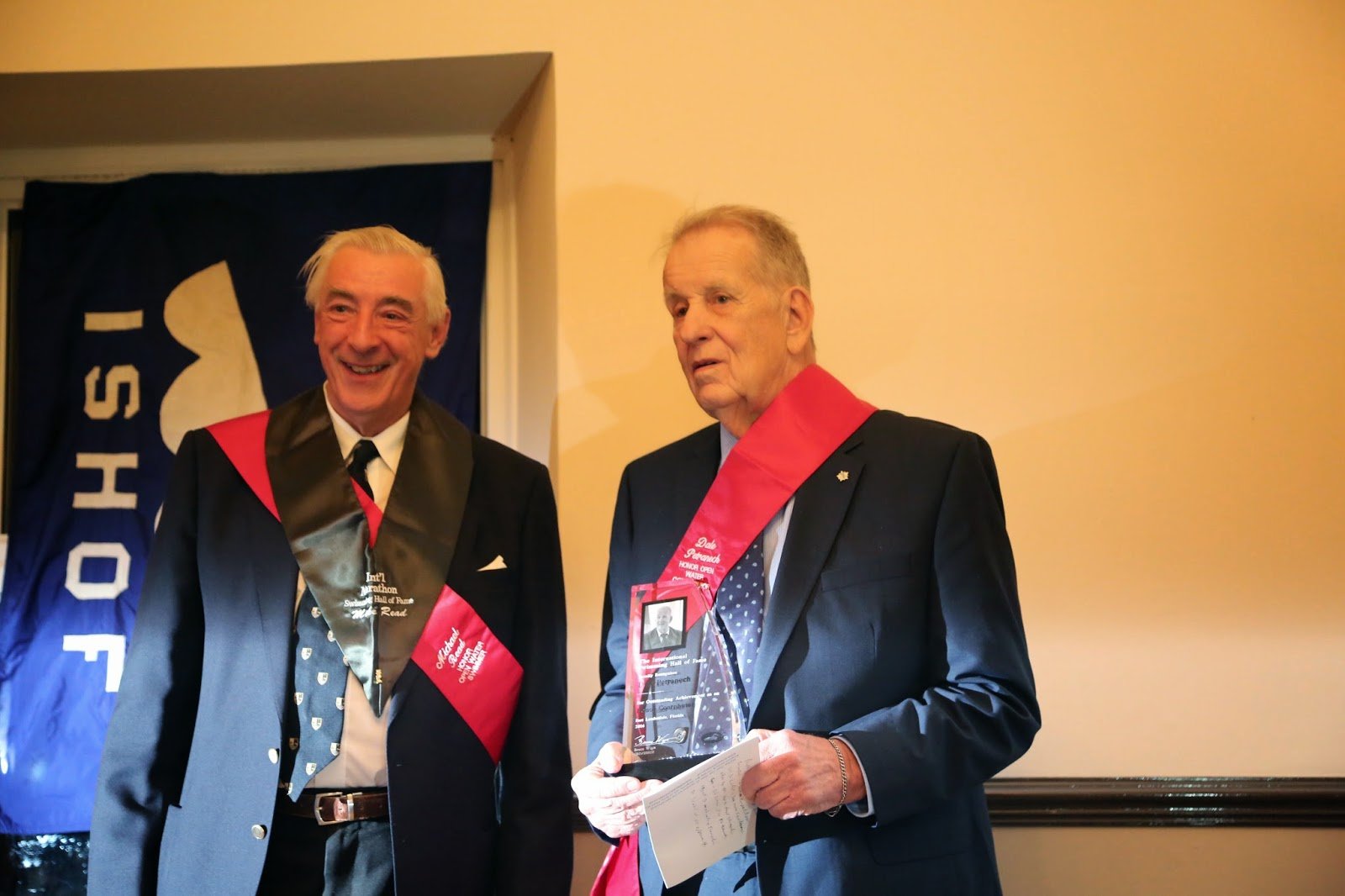 Courtesy of WOWSA, Huntington Beach, California. It is traditional at International Swimming Hall of Fame (ISHOF) and International Marathon Swimming Hall of Fame (IMSHOF) induction ceremonies for a former honouree to give the ISHOF (red) or IMSHOF (green) sash to the current honouree. In the case of Dale Petranech who was inducted as an Honour Administrator on the Isle of Bute in Scotland this weekend, the president of the Channel Swimming Association and 33-time time English Channel swimmer Michael Read had the opportunity to welcome the American administrator to the Hall of Fame. Petranech received a standing ovation by his peers. Michael Read later spoke about his extremely difficult swim in 1974 across Loch Ness that took him 14 hours 23 minutes in 6°C (42°F). “That 24-mile swim was extremely difficult. It was a cold, cold day. They said Kevin [Murphy] and I were on a mortuary slab after the swim. We both woke up in a hospital. Kevin was right next to me after he was pulled from the loch. The hospital was in Urquhart, but I do not remember the last 2 hours of that swim. At 12 hours, there was a torrential rainfall. Kevin had a stove to heat up his rice pudding. Kevin said to the people in his boat, “It’s cold.” He handed back his rice pudding and his team poured hot coffee in his rice pudding. I do not think he minded or even knew. I simply had frutose with a little lemon and lime juice. Photo by Ram Barkai shows Michael Read on left and Dale Petranech on right. Copyright © 2008 – 2014 by World Open Water Swimming Association