Miles Of Smiles From Mozambique To Madagascar 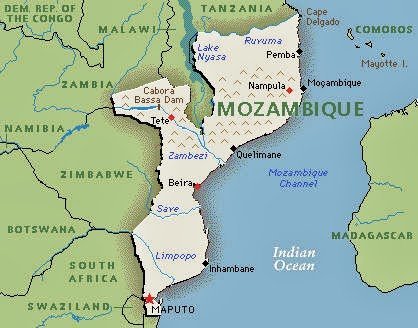 During March and April 2014, there will be an unprecedented 500 km charity stage swim attempt by Thane Guy Williams and Jonno Proudfoot from Mozambique to Madagascar on the Eastern African Front.

Thane Guy Williams and Jonno Proudfoot are daredevils who are setting out in a mind-boggling adventure like the explorers of old. Stroke by stroke, kilometer by kilometer, day by day, the South African swimmers will attempt to traverse the Mozambique Channel, a treacherous waterway between Mozambique and Madagascar.

Crossing the Mozambique Channel in a stage swim will be an attempt that will call upon all their courage, tenacity, physiological talents, and psychological mettle. Logistically difficult, geographically inviting, inherently risky, the unprecedented crossing will test Williams and Proudfoot in unique ways where danger will be present itself every single moment of their expected month-long attempt.

Mozambique to Madagascar is a 500 km stretch where Williams and Proudfoot will simultaneously swim a minimum of 20 km per day, stopping every night and starting back up again the following morning. “The currents are of course going to be a major factor. The period over the summer solstice is the meant to be calmer so we will aim to be half way by March 20th,” explain the two members of the Cape Town Masters Swimming Club and Vineyard Rondebosch Swimming Club.

The duo is not going be blindsided by the elements. They are receiving advice from David Grier, an extreme athlete who paddled across the Mozambique Channel in 2010 and then proceeded to run 2700 km from the South to the North of Madagascar.

Like many swimmers in tropical marine environments, they will encounter abundant marine life, some large, some small, some aggressive, some venomous. “Sharks are an obvious concern, but jellyfish will also be a threat. We are not going to use a shark cage and are doing research into shark repellent devices.”

They are considering utilizing a natural mimic deterrent in their unprecedented charity stage swim for Miles for Smiles – A Cipla Initiative. “There has been research into black and white striped wetsuits which we will not use, but they are meant to mimic poisonous sea snakes. Apparently it has worked very well in the past, but we are thinking of creating our own ‘snakes’ and attaching them to a guide line which we are thinking of swimming next to.”

Stay tuned for more updates from Williams and Proudfoot.