Mini Channel Swims Around The World 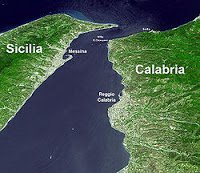 The English Channel, the Catalina Channel and the Molokai Channel are well-known open water swimming challenges around the world. It takes hard work and dedication to cross these channels.

But are there other warm-water, mini channels around the world for people who want to become a channel swimmer but do not want to swim 20 miles in rough, cold water to do so?

There are literally thousands of possibilities around the world.

From Little Cayman Island to Cayman Brac in the Cayman Islands, there are 5 miles of beautifully clear warm tropical waters of the Caribbean Sea that can literally be swum all year round. It is a growing in popularity and may be the only channel in the world where the current head of state of the country has swum it (His Excellency The Governor Duncan Taylor in June 2011).

The annual StarMile 2.5 Nevis~St Kitts Cross Channel Swim (the Annual Bente Weber Memorial) is annually held in March between the islands of Nevis and St.Kitts. The 4K channel, called the ‘Narrows‘, is similar to the Cayman Brac channel: inviting and psychologically comforting because the start and finish are always in view.

The Kanmon Straits, highly trafficked with boats and strong current but entirely doable at 700 meters – between the islands on Honshu and Kyushu in Japan.

While many swimmers know of the Maui Channel Swim in Hawaii, the Pailolo Channel between the islands of Maui and Molokai is 8.4 miles wide that only 28 people have successfully swum across.

The Strait of Messina (map shown above) is a 5.1K waterway between the eastern tip of Sicily and the southern tip of Calabria in southern Italy. While short in distance, it makes very an interesting challenge with its strong tidal currents.

For a channel swim a bit longer in distance, swimmers wax colorfully about the annual Travesia la Bocaina in the Canary Islands is 15K from Lanzarote to Fuerteventura in October.

Video of courtesy of Travesia la Bocaina, 125K off the coast of Africa, by Jose Diaz.