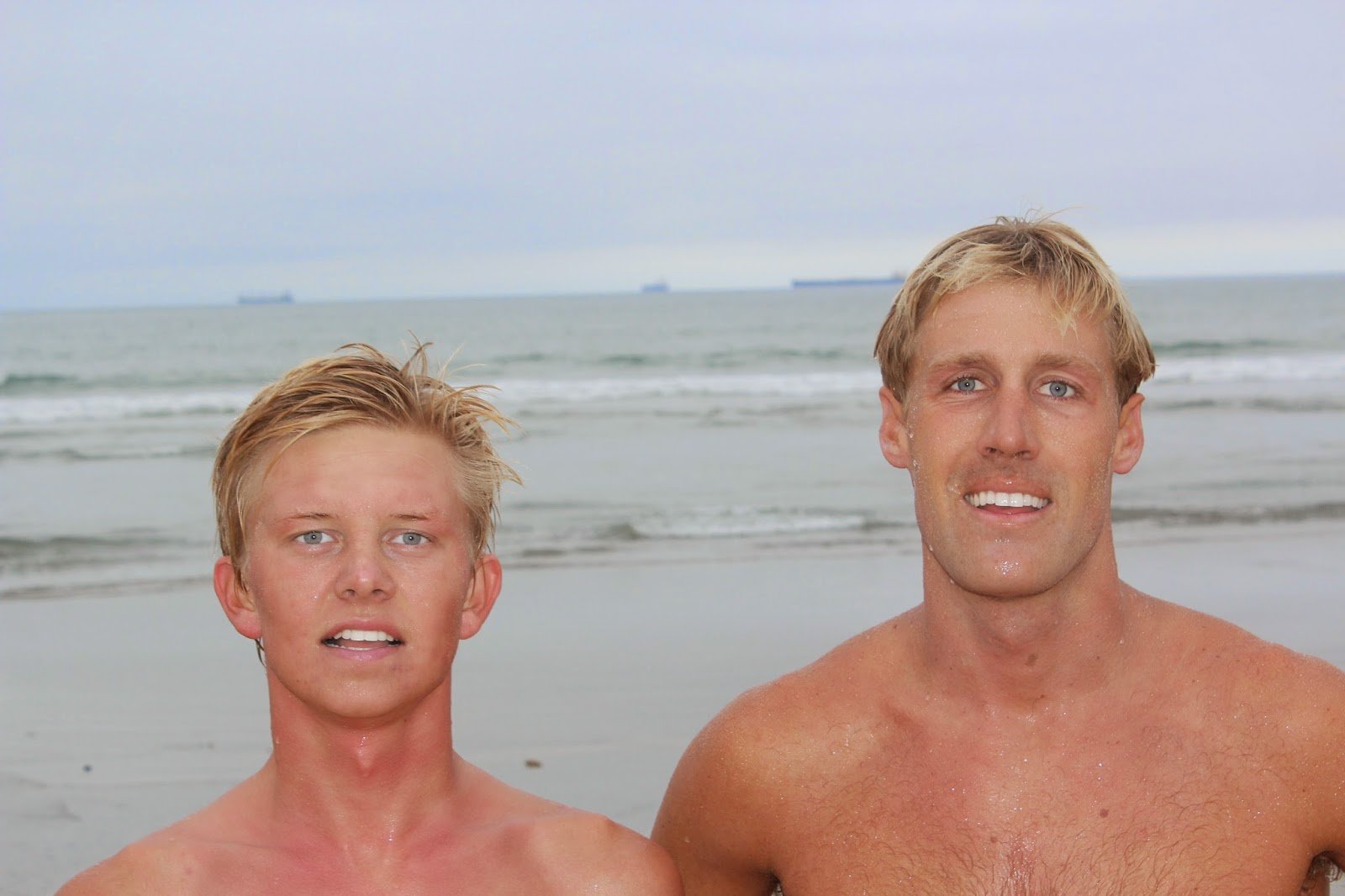 Misha Romanenko (on left), a swimmer and runner at Servite High School who runs cross country and swims competitively, swam and ran neck-and-neck with 4-time defending champion Nick Sullivan of Huntington Beach City Lifeguards at today’s Mega Colossus. It was a race against the renowned veteran and the young upstart.

But youth was served today as Romanenko pulled away on the last leg on the packed sand in Huntington Beach.

The 17-year-old Romanenko won the beach biathlon that totals 13.7 km of soft sand beach running with 4 km of ocean swimming in 1:31:01 – one of the fastest times in race history – with a very strong sustained effort against one of the legends of West Coast beach biathlons.

Sullivan finished second in 1:31:28 with 38-year-old Brian Meyer in third with a 1:34:59. “It was fun. I enjoy this race. I got into it a few years ago. I was trying to stick with my Huntington Beach City buddies Misha and Nick. That was my goal.”

A pair of 34-year-olds – Ian Mikelson of Long Beach Lifeguards and Wadley, a photographer and lifeguard from Los Angeles County – duked it out for fourth and fifth as Mickelson just edged out his Venice Beach lifeguard colleague in 1:37:06 versus 1:37:27. “We did a bunch of leapfrogging over each other over the course. Wadley got me on the swimming but I got him in the runs.”

Like many swim-oriented athletes, Wadley easily figured out his weakness. “Oh, my calves were killing me.” With the uneven level of the soft cushioned sand, calf strength was essential to success. 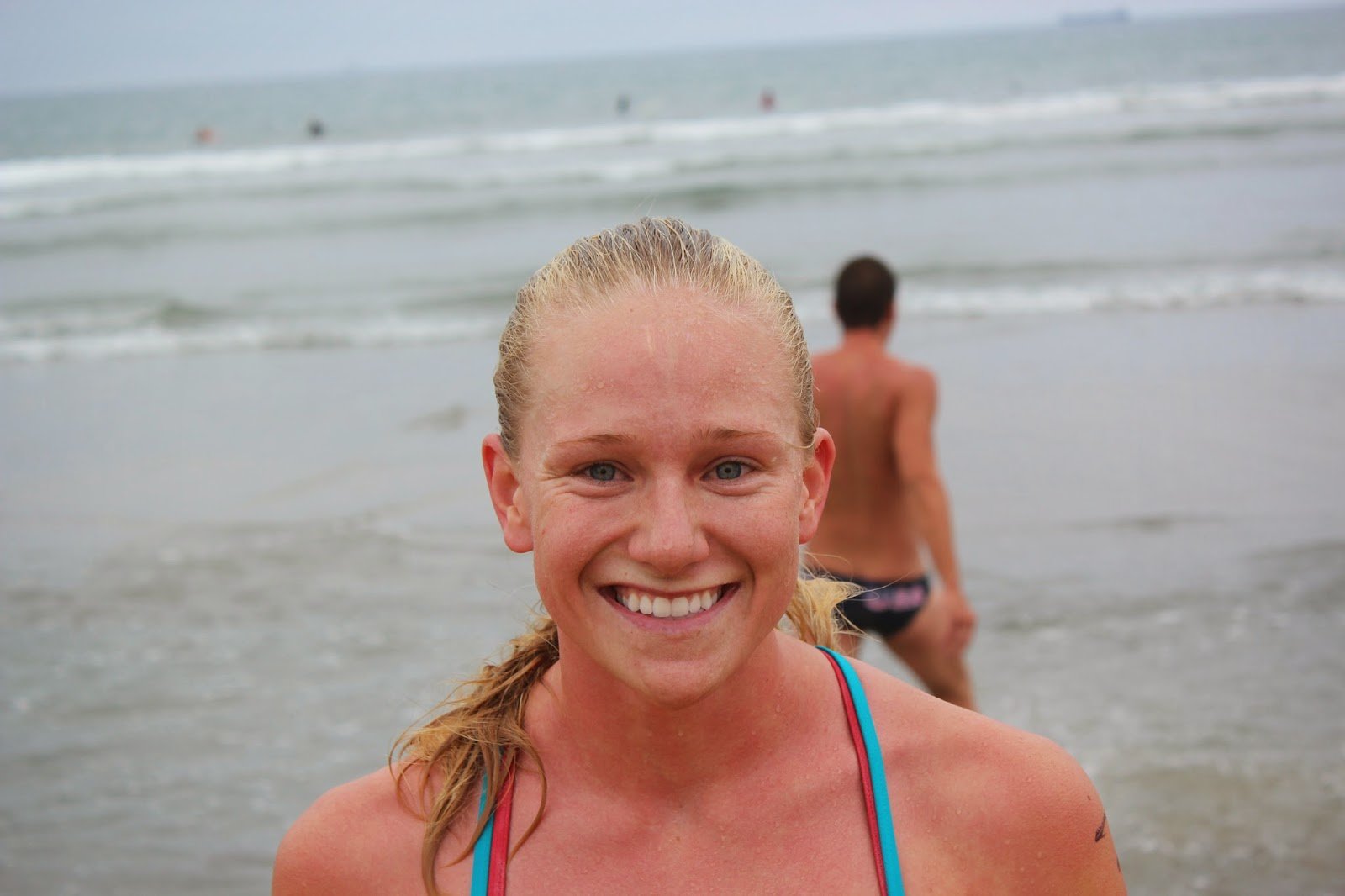 19-year-old Ally McCormick of Laguna Beach was the first woman, finishing 23rd overall in 1:50:00. “This was my third time, so I knew what I was getting myself into.”

Jennifer Schulman from the Huntington City Lifeguards finished second in 1:54:30. “It was challenge, but it was fun.” Right behind the 18-year-old was 28-year-old veteran Ivonne Garcia of Los Angels County who lifeguards at Castaic Lake who finished in 1:54:45. “This was my third time and the swims were gnarly.” 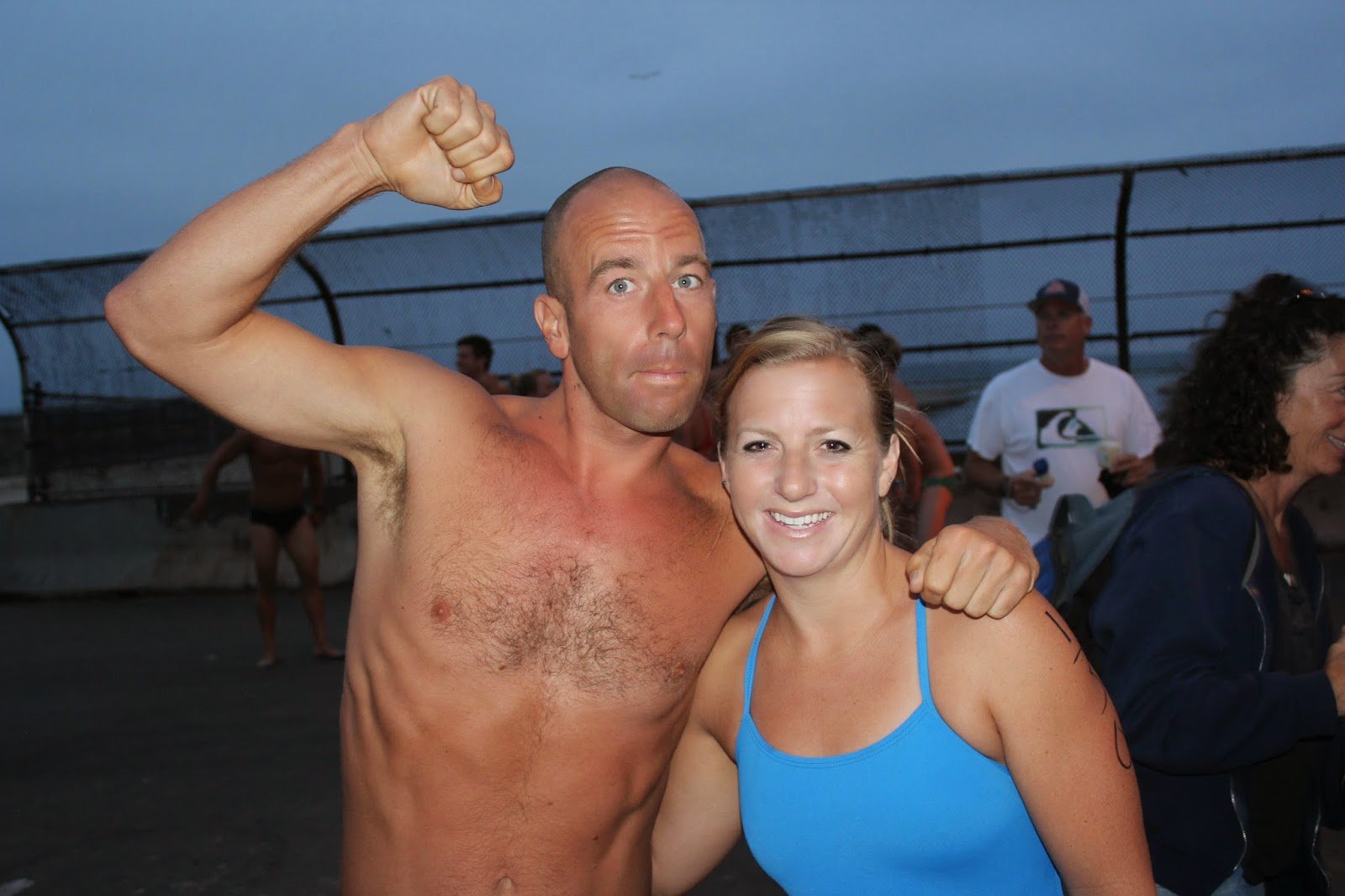 Renowned channel swimmer Jen Schumacher [shown above with Wadley] finished fourth in 1:54:46. “It was good. My only complaint were my calves. The [running] strength wasn’t there. I have never appreciated swimming like at this race. Never. When I saw the buoys, I really wanted to swim. I didn’t want to run anymore. The water is a bit colder towards the end, but it felt good.” 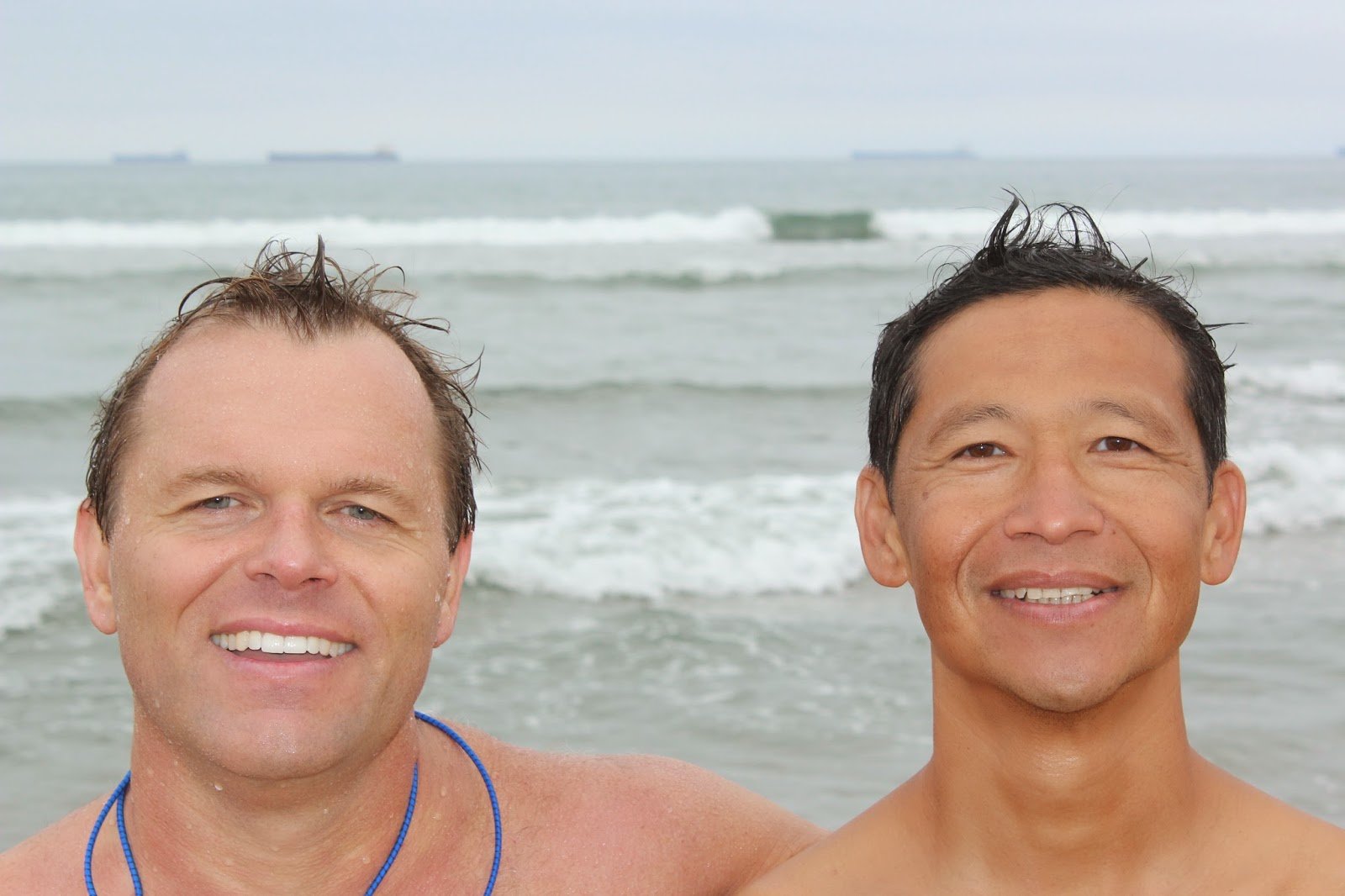 50-year-old Mi Ta, a calculus teacher [shown on right above], finished in a decent 2:12:55. “I did an easy pace in running. The swimming was good. I wasn’t hurting. I look forward to next year.”

39-year-old Ted Gover [shown on left above] completed his first major beach biathlon, but his 2 hour 34 minute effort was admittedly not easy. “I was thinking about calling it a day around the first swim, but I got through it. It was tough. One voice was asking me, ‘What am I doing here?’ but another voice told me to keep going.”

Quinn Boyle Swims to Help the People of Tonga

Records Are Made To Be Broken