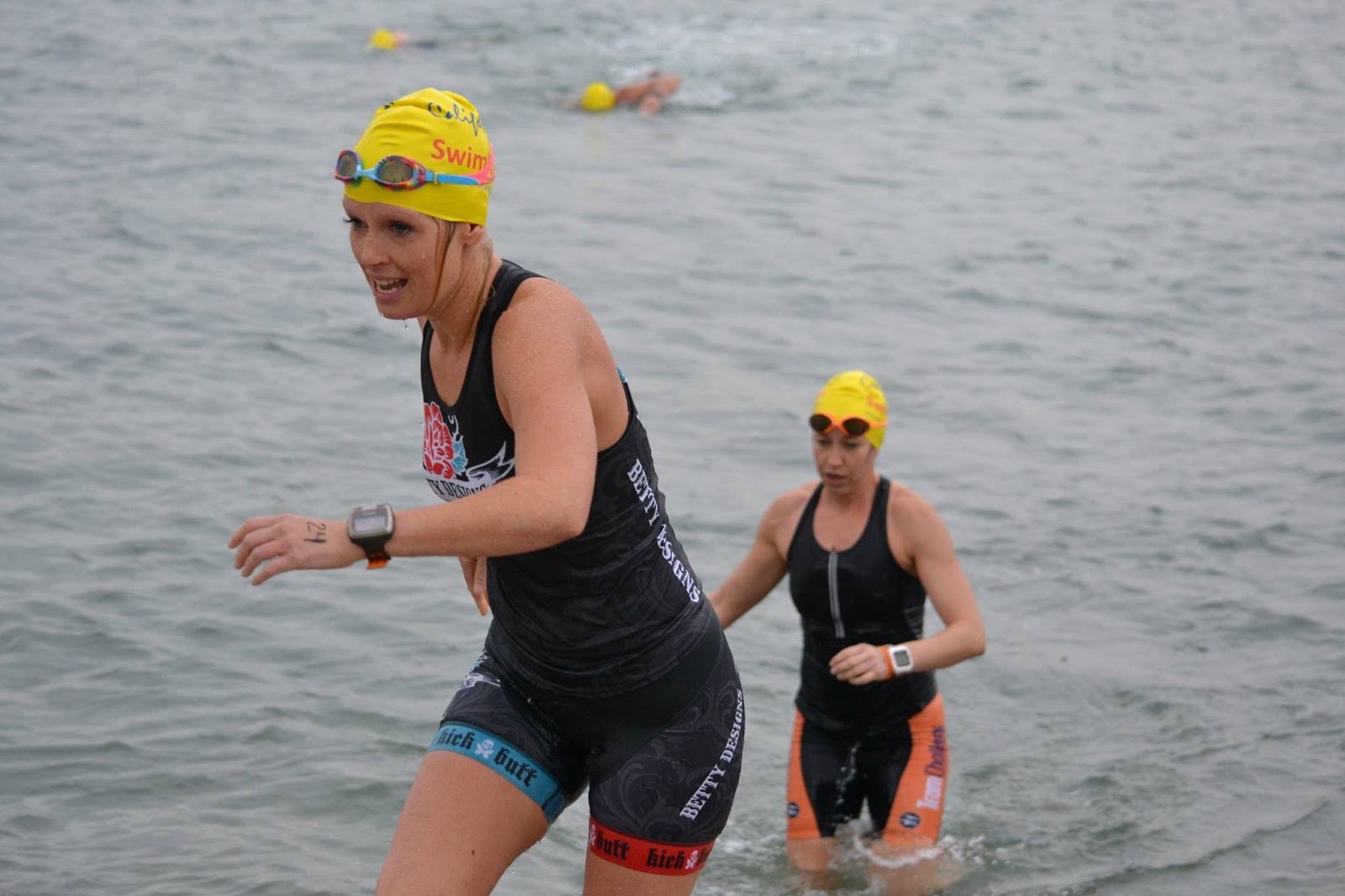 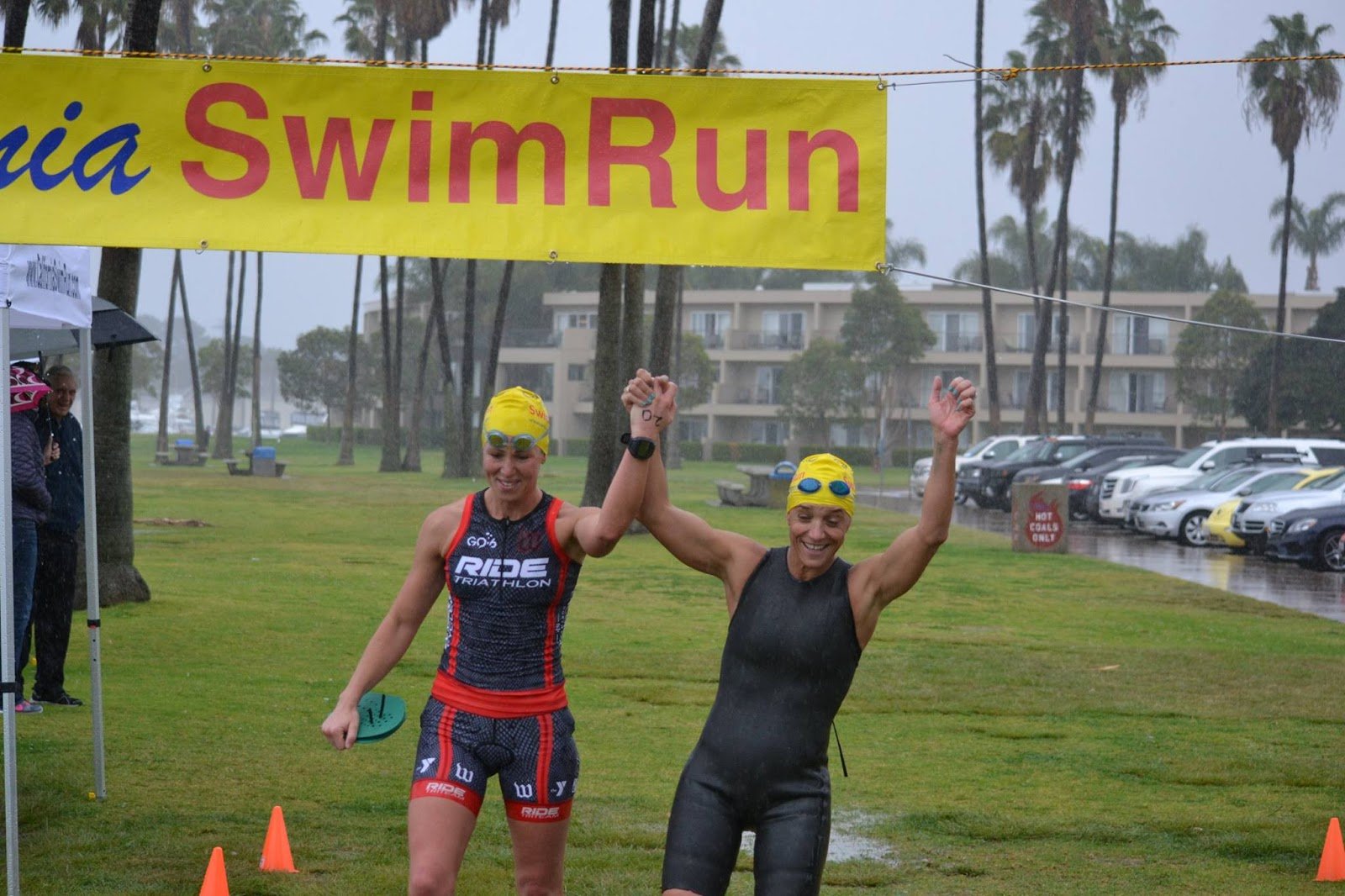 With the 75 km ÖTILLÖ World Championships in mind as an inspiration, the Mission Bay 12k Swim Run Challenge was organized by California Swim Run.

Instead of the expected sunny San Diego weather, the conditions turned nasty with unusual wind and rain for the 15 teams that included several teams of Navy SEALs as well as teams of personal trainers, triathletes and first-time swim run newbies.

Durkin described the race, “The competitors started off and immediately encountered a steep hill before heading over a bridge to enter the water for the first swim. The first team out of the swim was female team Chaffing the Dream, composed of Jennifer Huffman and Kristin Langston. Right behind the leading ladies was the triathlete duo of Mike Lyle and Karl Borine. After a short run, they were back in the water again and before the next swim, the men had taken the first position.

Through the middle of the race, the rain started to pour down and the wind picked up. After the fifth swim, the athletes had a longer run through rain and wind before the short sixth swim. It was still Team Eiger in the lead, but Chaffing the Dream was still within striking distance. The final swim featured a rocky entry and exit which tested the athlete’s balance and footwork.

The athletes charged toward the finish during the last run and the rain responded by intensifying and bringing a final challenge to the competitors. Team Eiger finished first in the men’s division with Chaffing the Dream in first for the female division and Team Jellyfish first in the mixed division.”