Mohammad Kobadi To Swim 1000K In The Persian Gulf 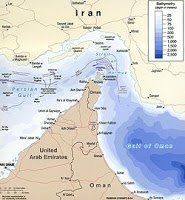 Mohammad Kobadi is a 34-year-old open water swimmer and swimming and diving coach attempting an unprecedented marathon swim in the Persian Gulf.

Next week, Kobadi will attempt a 1000K stage swim in the Persian Gulf from the Strait of Hormuz to Arvand Kenar along the coast of southeastern Iran.

His stage swim is scheduled to take 100 days and is officially defined as an Assisted Solo Stage Swim (Sea) meaning that he will be assisted by a wetsuits, paddles, and fins.