Molokai Channel Race Is On, Mano-a-Womano 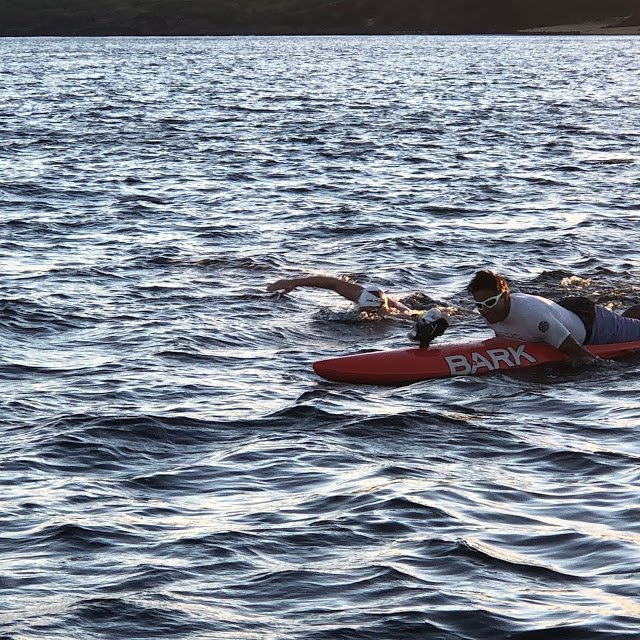 Molokai Channel Race Is On, Mano-a-Womano

The TOC Kaiwi Channel Relay is on. 3 hours 5 minutes into the start of the 42 km match race between The Olympic Club Men’s team and The Olympic Club’s Women’s team, the teams are going neck-and-neck.

Two teams of six swimmers each from the Olympic Club are at it, racing between the Hawaiian islands of Molokai and Oahu in the second Kaiwi Channel Swim Race:

Paddlers: Ricardo Urbina for the men and Shelley Oates-Wilding with the women.

Escort Captains: Steve Shoda for the men and Mike Twigg-Smith with the women.