Monday Monday, If You Can Believe Your Eyes And Ears 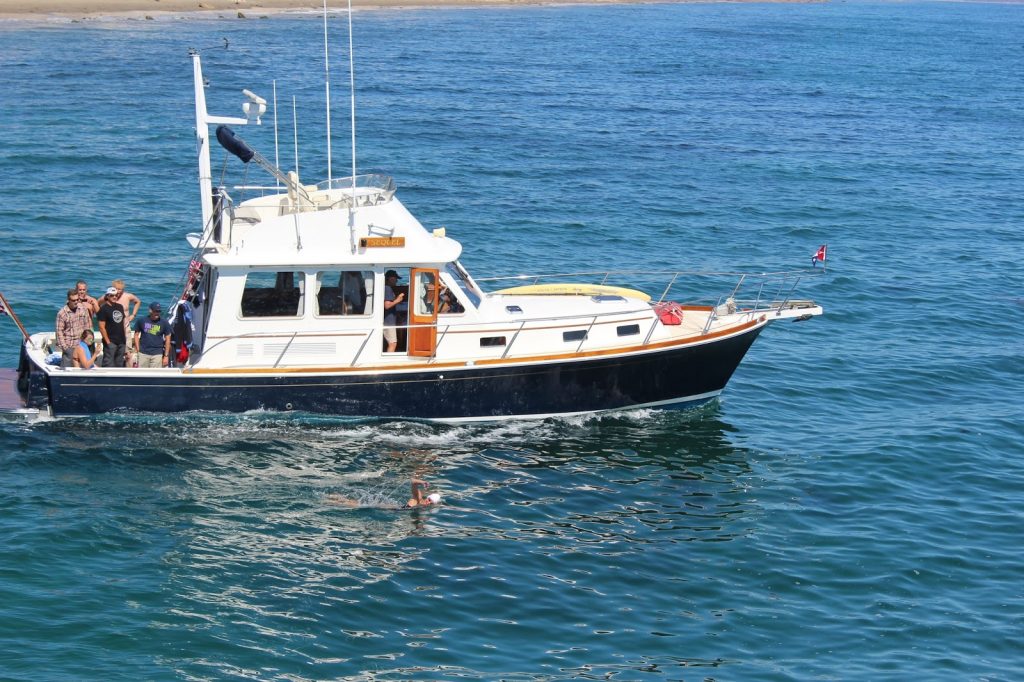 The Night Train Swimmers remain out of mobile phone range, but information keeps leaking out on how the team of 6 swimmers are handling the 228-mile adventure from Gaviota State Park to a beach near the San Diego Yacht Club.

As of lunchtime on Sunday, almost 70 hours after the Night Train Swimmers started, the team of 6 swimmers and 3 crew had traveled 202 nautical miles and continued to look very good with conditions that finally turned to their favor.

After battling a tough first half with calm resolve, glassy conditions and nearly no wind welcomed the swimmers on the second half of their swim along the California coast once they passed Catalina Island on Saturday night and started to head towards the home stretch.

Captain Vito Bialla knows, however, that conditions can always change and it is still too early to predict a precise finish time. But when pushed, Bialla expects the team to arrive at the entrance buoy heading into San Diego Harbor about 4:00 pm on Monday, August 26th – a little more than 4 days of constant swimming. From the entrance of San Diego Harbor, he expects that the team will take about 2 hours to swim the final 6 miles into the public beach just north of the San Diego Yacht Club by 100 meters.

Title explanation: “Monday, Monday” is a number 1 song in 1966 recorded by The Mamas & the Papas for their 1966 album If You Can Believe Your Eyes and Ears.