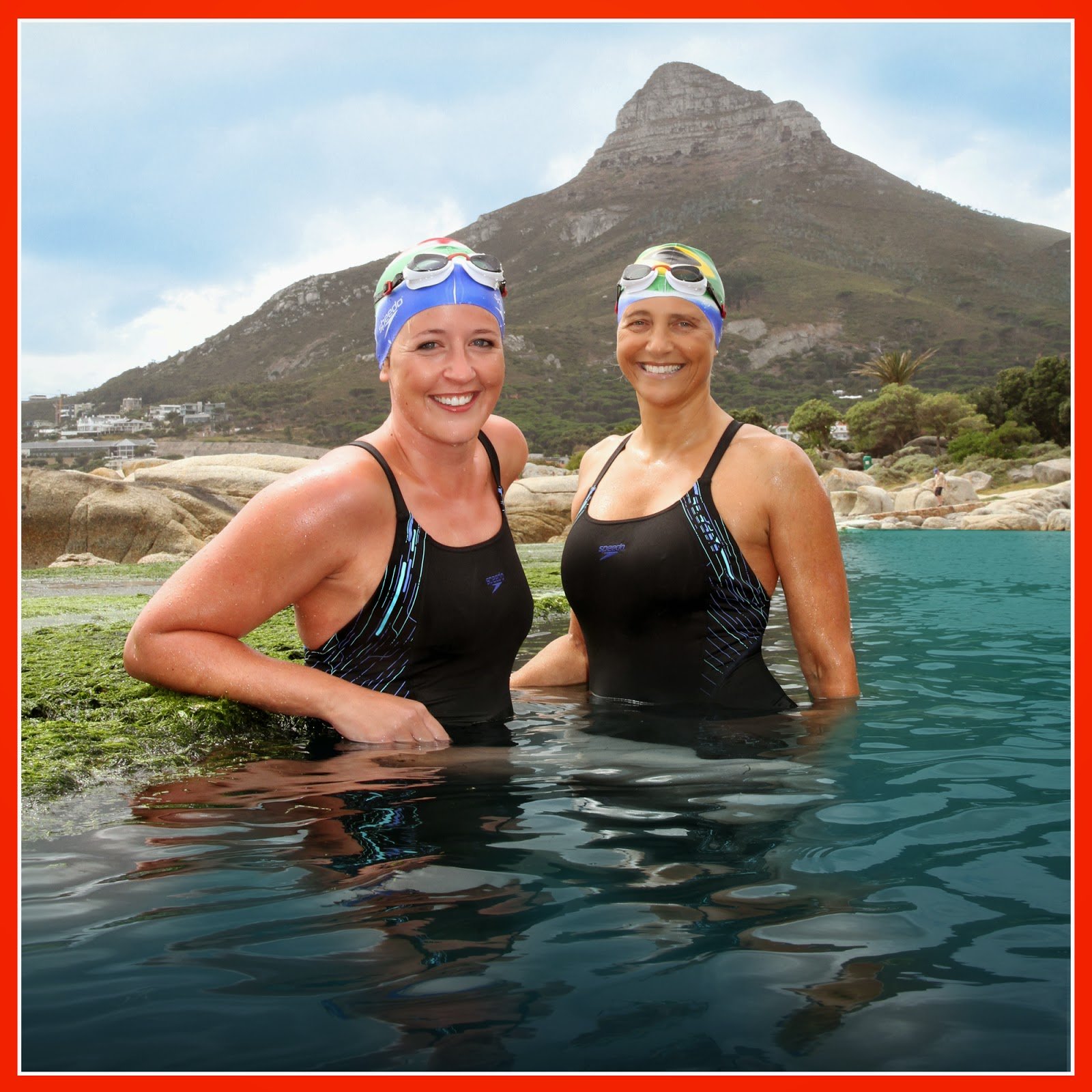 The two-day Russian Polar Olympics took place in a frozen lake outside Tyumen, Murmansk where organisers cut two 25m pools in the ice with two lanes each.

The water temperature was nearly as cold as possible hovering just above 0°C.

Cape Town open water swimmers Monika Hayes (50) and Zani Muller (27) where invited by The Department of Physical Culture and Sport of Murmansk, Russia, to compete in the International Winter Swimming Competition (Polar Olympics).

The pair wore only their own Speedos, goggles and swim caps as they took to the icy waters like real-life mermaids. Muller won for her 450m race in 8:30 in her division. Haynes also took gold in the 450m race with a time of 6:50, the fastest recorded time among all the women.

The two – similar to their male South African teammates – trained in South Africa’s cold Atlantic Ocean in addition to incorporating ice baths as part of their training.

Muller, who is preparing for an English Channel crossing in September 2014, describes the Polar Olympics. “One of my highlights was meeting UK ice swimmer Jackie Cobell who holds the record for the longest timed English Channel Swim in history – 28 hours 44 minutes. When I asked her for tips for my upcoming English Channel swim, she simply said ‘just don’t stop until you get there, love’.”

Hayes said it had been a childhood dream to visit Russia. “I never thought it would be to compete in an ice swim, but it was a very proud moment for me to represent South Africa.”

Speedo South Africa Brand President Stuart Hopwood was impressed with this countrywomen, “It’s a phenominal accomplishment for these amazing swimmers. It’s great to see more women taking to extreme swimming and triumphing in this way.”