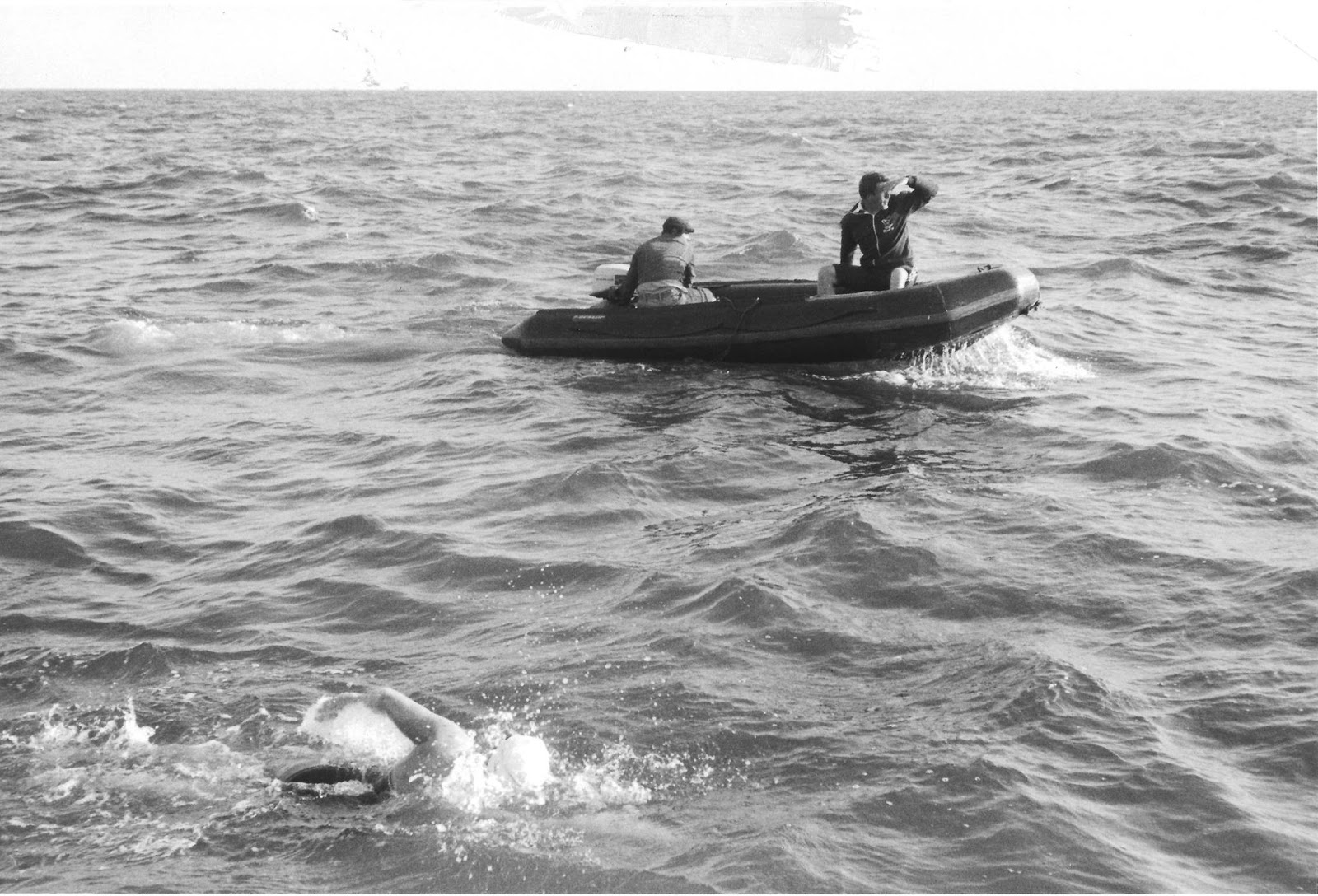 The International Swimming Hall of Fame (ISHOF) announced its 2016 inductees. Among the 17 luminaries in the aquatics world, Monique Wildschut of the Netherlands was deservedly selected for her marathon swimming record.

The ISHOF wrote, “Monique Wildschut, a tall and powerful swimmer from the Netherlands, was the six-time World Professional Marathon Swimming Federation champion from 1983 to 1988. In 1983 she was the overall winner of the Atlantic City Marathon and was second overall in the 64 km Traversée Internationale du Lac St-Jean in Canada. As a solo swimmer, she crossed the English Channel twice and had the fastest swim of the year in 1984..”

Wildschut from the Netherlands was previously inducted in 1993 as an Honour Swimmer in the International Marathon Swimming Hall of Fame for both her competitive victories and fast solo channel crossings.

Wildschut dominated the women’s marathon swimming professional circuit from the mid-1980’s to the early 1990’s when she was the 6-time World Professional Marathon Swimming Federation champion from 1983 to 1988. She also crossed the English Channel twice: first in 1982 in 8 hours 44 minutes and then in 1984 in the fastest swim of the year in 8 hours 19 minutes.

She won the 1983 Atlantic City Marathon Swim in Absecon Island in New Jersey and set the Traversée Internationale du lac Memphrémagog record with a new women’s record of 9 hours 41 minutes 11 seconds in 1984.

She recently authored a 140-page book Ontberingen van een marathonzwemster (or Rigors of a marathon swimmer in English) that was released in May 2015 (see here).

The 2016 induction ceremony will be held the weekend of June 3rd – 6th in Santa Clara, California. Further information on the inductees is here.