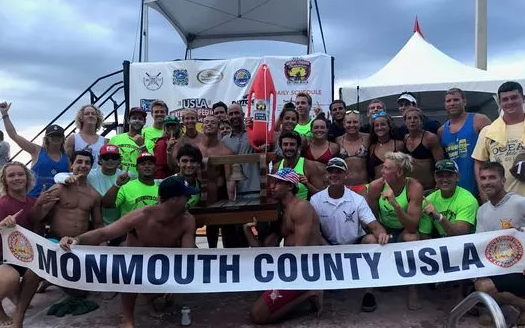 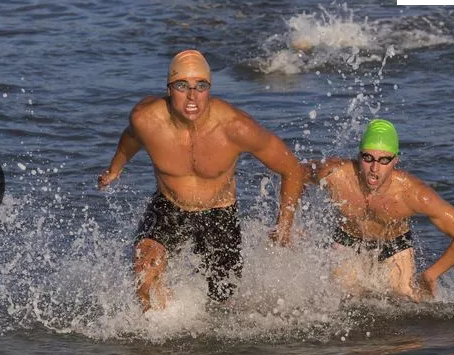 The lifeguards of Monmouth County pulled off one of the greatest upsets in open water swimming history at the 2014 Nautica United States Lifesaving Association National Championships in Virginia Beach, Virginia.

For 27 straight years, the men and women of Los Angeles County [California] ruled the shores of America and demonstrated their dominance at the United States Lifesaving Association National Lifeguard Championships. It was an unprecedented and proud dynasty.

But after a nearly three-decade string of dominating victories, the Southern California lifeguards were upset by their competitors from New Jersey on the East Coast. The Monmouth County Chapter lifeguards who work a number of beaches along the Jersey Shore captured the 2014 USLA National Championships in the intense, multi-disciplined competition that tests all the various lifesaving skills of those who protect and rescue others.

But Monmouth County proved their 2014 USLA victory was no fluke.

After four days of heated competition among nearly 1,000 lifeguards from 60 chapters around the country, the Monmouth County lifeguards won the Howard Lee Trophy for the second time – over LA County again: 730.5 points to 637.5 points, both far ahead of third-place California State Lifeguard Association with 440.25 points. Led by Anne Skimmons who had four Top 3 finishes, Monmouth County won in tough conditions that were shaped by stiff onshore winds and 4-5 foot waves over a sand bar. “It was an outstanding effort in extremely challenging conditions,” said Monmouth County President Gene Hession. “The swell lasted 3 of the 4 days of the competition. A herculean effort paid off.”

“It was a collective team effort of veteran lifeguards and some newcomers to our team,” said Monmouth County coach Mike Barrows. “We have a ton of respect for perennial power LA County so it’s an honor to come back home with the national title.”

“The level of athleticism and competition at Nationals gets better and better each year,” said Ed Zebrowski, Competition Committee Chair.