Motivated By Maurice In And Out Of The Water 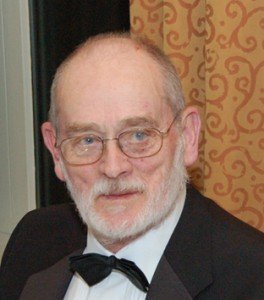 We can barely imagine the charisma, energy and passion that Maurice Ferguson possessed.

At the age of 11, he first met his wife Milly who he later married for 53 years and who nearly always accompanied him in or on the water at all his swims.

But Ferguson’s Hall of Fame career was not one of a competitive age group pool swimmer transforming himself to an open water swimmer. Rather, he picked up the sport later in life because his children started to swim.

Like many open water administrators and coaches, his children’s interest in swimming ultimately led him to the open water.

According to the British Long Distance Swimming Association, Ferguson was not much of a swim up until the age of 30. He became a lifeguard at Warrington and volunteered at the Pickmere Open Water race.

“He said that seeing all the swimmers take off at the beginning of the race made him want to join them. Following this, he joined Warrington Dolphins in 1967 and attempted Pickmere. However, he succumbed to the cold a few times, but being Maurice, he persevered until he eventually completed his first 3-mile swim at Pickmere Lake in 1970.

Not content with participating, he organised and administered the Pickmere Lake event for seven years and was elected club president of the Dolphins.”

Over a 30-year career, Ferguson participated in, officiated and crewed on almost all the long distance courses in his native land. “He was a person of great tenacity and mind bending attention to detail. Long distance swimming in Britain was made all the more enjoyable by the presence of one or more of his family of three children, four grandchildren and wife Milly. His sons Simon and Kevin both crewed for Maurice. He was very proud one year because Kevin, Simon and himself all swam together at a BLDSA event.”

But it was the countless hours that Ferguson devoted behind the scenes where his legacy was most deeply appreciated. Over his career, he served as a member of the executive committee of the British Long Distance Swimming Association and held the following posts: