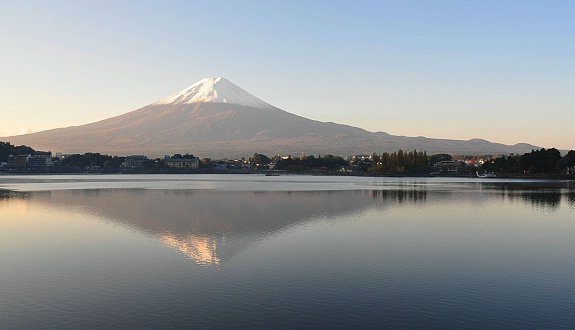 Each country loves to showcase its famous landmarks and venues at the Winter and Summer Olympics.

While there has been media controversy over the cleanliness of the ocean water in Copacabana Beach (read here versus here), the real concern for us as open water fans is not the water of Copacabana Beach in Rio de Janeiro, but the clearly sub-standard water of Odaiba in Tokyo Bay where the 2020 Tokyo Olympic Games 10 km marathon swim will be held.

We have been in both Copacabana Beach where we have had no problems enjoying training and racing in the Atlantic Ocean on the 10 km marathon swim course and at Odaiba Marine Park.

Odaiba is smack dab in the middle of a metropolitan area of over 20 million people. While the Japanese wastewater treatment facilities and technology is world class, the rivers that run through the Tokyo area all pour into Tokyo Bay. Besides being a heavily industrialized area, land reclamation around this area has been carried out since the last 18th century. The water is just not clean; certainly not suitable for swimming for 2 hours – especially if it rains and a tremendous amount of urban runoff pours into the marathon swimming venue at Odaiba Marine Park.

One very beautiful alternative – and a venue that would clearly showcase one of Japan’s most famous landmarks – is the Five Lakes of Mount Fuji.* With no industry around the area and a well-established resort area, the water is fed by the snow runoff of Mount Fuji.

The water is beautifully clean. Swimmers can not only stare down below towards the depths while swimming, but they can also turn their head to breathe and observe one of the most remarkable volcanoes in the world. The water is refreshingly cool; not the over 30°C water that will envelope the marathon swimmers who will be swimming in tight black tech suits under a stifling summer sun and blanketed with heavy humidity.

Five Lakes of Mount Fuji (富士五湖 in Japanese) is the name of the area and five lakes located at the base of Mount Fuji in the Yamanashi prefecture of Japan, about 90 minutes by train from central Tokyo. Approximately 1,000 meters above sea level, the lakes were formed by previous eruptions of Mount Fuji.

The advantages of having the Olympic 10K Marathon Swim in this area over Odaiba in late July are numerous:

* beautifully clean and clear water
* water temperatures that range from 20-24°C
* beautiful landmark visible to all
* ease of transportation from Tokyo and Olympic Village within 90 minutes
* plenty of accommodations
* showcase one of Japan’s most famous landmarks
* use of English in area
* the flat water, rectangular course of Odaiba would be the same as the flat water, rectangular course in the Five Lakes of Mount Fuji
* ease of setting up a 2.5 km rectangular loop course

* The five lakes include Lake Kawaguchi [shown above], Lake Motosu, Lake Sai, Lake Shoji, and Lake Yamanaka. We have swum in them all and they are all remarkable venues.