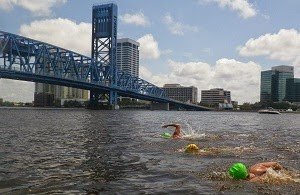 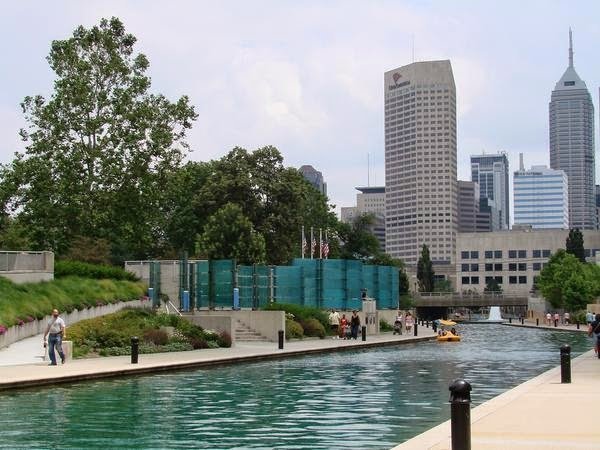 For every long-running tradition like the Vibes & Scribes Lee Swim in Ireland that celebrated its 100th centennial anniversary this year, there are a number of locations around the world where urban river swims that run through large municipalities are becoming more popular.

Not only are more and more people interested in maintaining and enhancing the marine environment where they recreate, but there is an increasing number of people are bringing open water swimming events to the places where they live. Competitive races, mass participation swims, solo charity events are popping up all over the globe.

From the Thames in England to the Hudson River in New York, from swims like the 2 km Poseidon Swim Challenge in Indianapolis and the 10 km Up the River Downtown Swim to the marathons like Portland Bridge Swim, urban swimming is another trend in the open water swimming world.

“When I got here, no one was swimming in the [St. Johns] River,” explains race director and river swimming advocate Jim Alabiso. “Now we have apps that tell us when the best time to swim in the river. It’s fun. I’ve clocked a speed over 8 miles per hour under the Main Street Bridge, with the tides behind me. We also have dolphins that swim through the middle of downtown and are trying to really grow the sport here.” 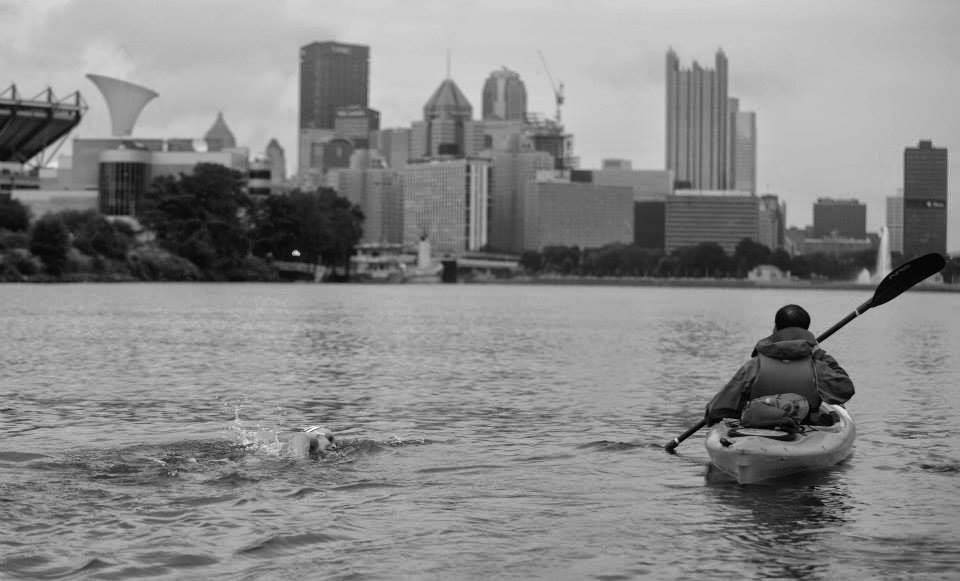 There are all kinds of exciting possibilities in the future of urban swimming. The Japanese megalopolis of Osaka is building a 1 km open water swimming canal as part of this urban open water craze. On the other side of the world, Darren Miller is organizing a 30 km Three Rivers Marathon Swim in the middle of Pittsburgh, Pennsylvania.

While downtown areas have frequently catered to walkers, runners, bikers, and sightseers, urban swimming advocates like Jim Alabiso, Darren Miller and Marisa Frieder are following along the wake of Morty Berger who has long been working on urban swims in New York City.

These visionary race directors are enabling many to not only stand along the river fronts and urban promenades, but also to swim through the municipalities where they live.

“It is safer to swim in the St Johns River under the Main Street Bridge than it is to drive across it, run on it, walk across it or to ride your bike along it,” explains Alabiso who organizes the Up the River Downtown Swim:

Time to put your swim caps and googles on… 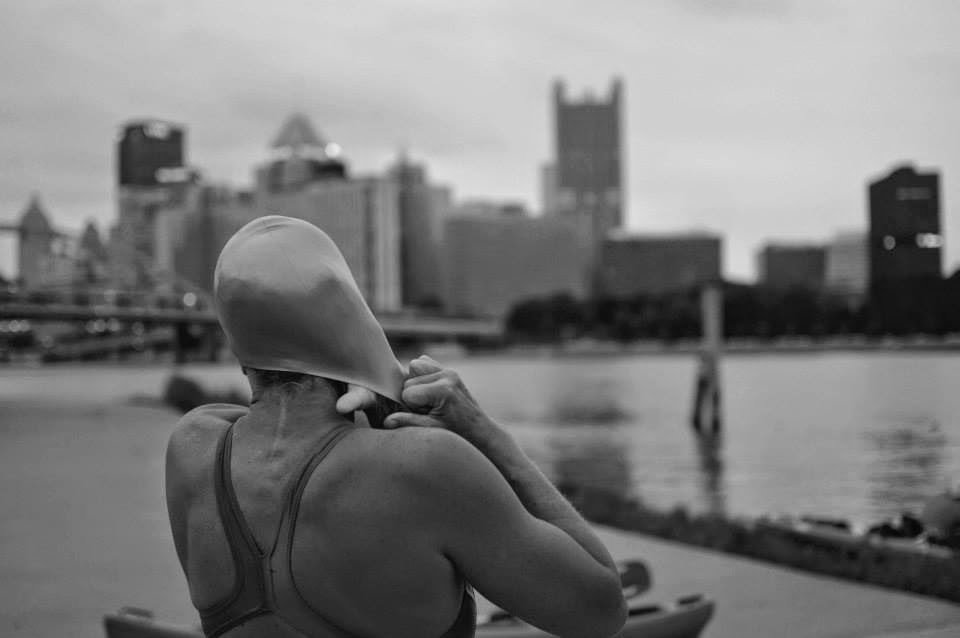 Finally, talk about a future vision of urban swimming, there may be few projects around the globe as ambitious or innovative as the + POOL plans in New York City. 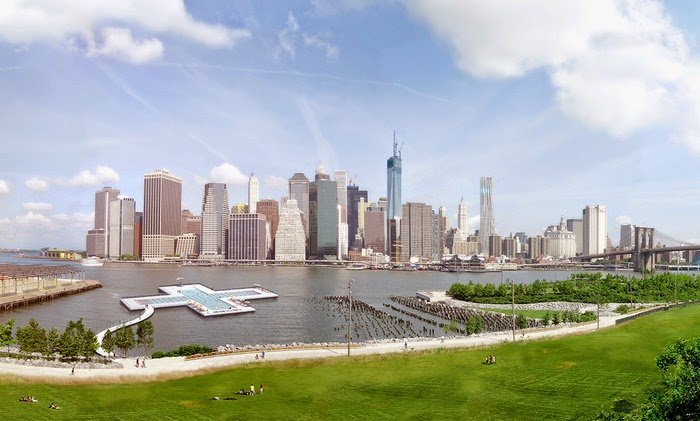 + POOL was being initially funded by over 3,000 via Kickstarter, a crowd funding source [see video below].

Its visionaries believe that any open body of water can be transformed into a clean place for public swimming in New York’s East River. Its next step is to build a 35′ x 35′ Float Lab off the Brooklyn shore that will demonstrate how + POOL will clean the rivers of New York.