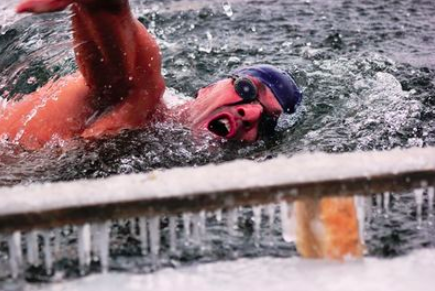 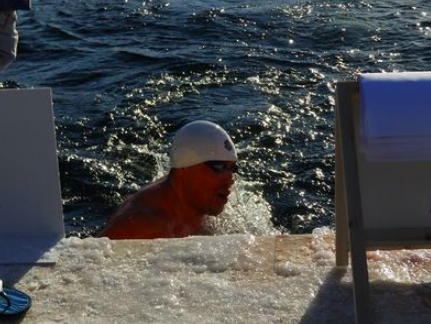 The President and founder of the International Ice Swimming Association Ram Barkai announced Murmansk, Russia as the host city for the Ice Swimming World Championships 2019 on March 14th – 17th.

Swimmers from 30 countries are expected to be represented at the 2019 championships.

The announcement was livestreamed on the IISA Facebook page. Barkai explained, “This increasingly popular sport is now gaining worldwide recognition. The championships in Arctic Murmansk will be an opportunity for Ice Swimming to be presented as an aspiring Winter Olympic sport.

Members of the International Olympic Committee and FINA will be invited to attend and assess its viability. Ice Swimming has the potential to become one of the most exciting winter sports in the games and hopes that they may be considered for Beijing 2022
.”

Stoychev who was most recently inducted in the International Swimming Hall of Fame, Kate Steels-Fryatt who serves as the Chairperson of International Ice Swimming Association Great Britain, and legendary Russian ice swimmer Alexander Brylin were joined in the announcement with Barkai and representatives from the host city Murmansk who won over several other bids.

“The Ice Swimming World Championships has also introduced a disabled category for swimmers and a new distance of 4 x 250m country relay competition. The main event will remain the 1000m race in addition to other shorter distances,” explained Barkai. “Ice swimming continues to see massive growth in the UK and worldwide with members of the International Ice Swimming Association now in 32 countries. Morocco is the most recent country to join the association.“