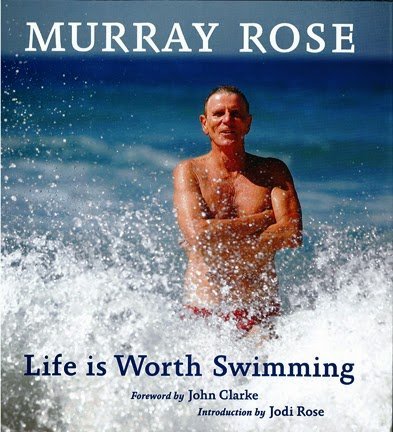 His name is gold. The legacy of Murray Rose is growing even more magical.

One of Sydney, Australia’s most popular ocean swims, Murray Rose’s Malabar Magic Ocean Swim has kicked off preparations for its February 2014 event with recognition of a new award to the event program – Swimmer with a Disability.

The two-race event (1 km and 2.4 km) launched last week, encouraging businesses to enter teams and help raise funds for the charitable organisation Rainbow Club Australia which provides children with disabilities the opportunity and confidence to extend their abilities through swimming.

Charter Hall, N G Farah and Liftronics are returning this year as key sponsors. Holly Reynolds says, “Many other businesses in the property and finance industries have indicated their plans to enter teams and fundraise through the GoFundraise platform. Now into its sixth year, ‘The Magic’ was initiated by Rainbow Club Patron and Australian Olympic Great, Murray Rose as a way to raise funds for the charity and its important work across communities around the country.”

The Magic has grown in numbers each year and now boasts a roll call of more than 1000 swimmers. Alexandra Finley, President of Rainbow Club Australia, said she expects a record number of entrants for the 2014 event, particularly with the announcement of the new award.

The Magic has grown in numbers each year and now boasts a roll call of more than 1000 swimmers. Rainbow Club Australia president Alexandra Finley said, “This is the first swim on the Ocean Swim Calendar with a specific award recognising a swimmer with a disability. Its inclusion is so relevant to the work that the Rainbow Club does and we’re delighted to be able to make the Magic accessible to all people who love the water and want to participate. Every dollar raised through the Magic goes toward ensuring the 500+ children enrolled for swimming classes each week are able to continue, and the program can be extended around Australia.”