My Trident Is A Permanent Good Luck Charm 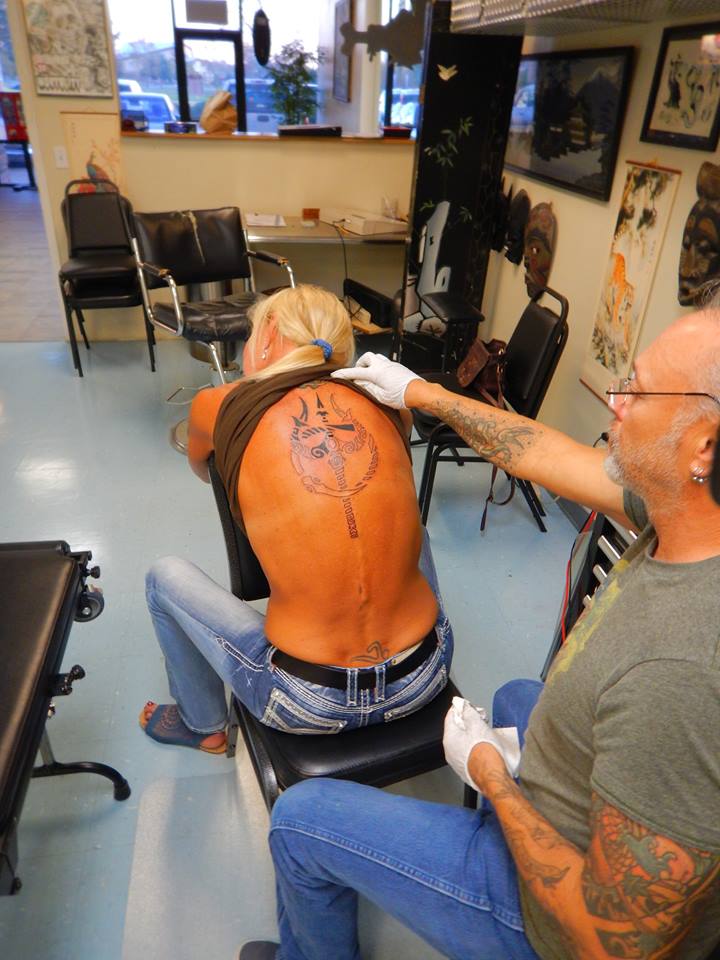 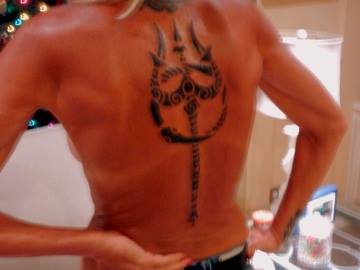 My Trident Is A Permanent Good Luck Charm

Patty Hermann has traveled north and south, east and west to compete in some of the longest and toughest open water swims in America.

“One friend asked me if the trident hurt to get such a large piece of art on a not-so-fleshy part of the body,” the 54-year-old Texan explains. “I put it in terms that most open water swimmers can understand. I told her it’s like swimming with jellyfish … annoying but not really painful … and definitely worth it when the race is over.

I’ve seen some pretty awesome body art at competitions. The [open] water theme opens the way to a lot of cool graphics.

I went with the trident because of the image of strength that it conjures up as a symbol of Neptune (aka Poseidon). Open water can be so unpredictable, so who better to channel good swimming vibes from than the god of the seas? Neptune travels the underwater world with his chariot pulled by seahorses and holds sovereign sway over the oceans. The trident is akin to the symbology of the shepherd’s crook that the shepherd uses the hook of his crook to save fallen animals. My trident is my permanent good luck charm
.”

Many swimmers use body art to commemorate iconic swims. “The crossed staffs of the flags of England and France is a hard-earned tattoo. I’ve seen art work for Catalina crossings, Manhattan Island Marathon Swim, and the Tampa Bay Marathon. I think it’s a subtle way to congratulate yourself for achieving an often long-sought goal.”

Ink permanently on the body is a personal choice. “It is something that reminds a swimmer of why they love the open water. Some people go for dolphin art because it reminds them of a pod of dolphins they ran into on a training swim; or an inked mermaid on their shoulder because it’s fun to think that in another world, that’s what they were meant to be.”

Tattoos frequently have an environmental theme because swimmers are keenly aware of the changes that the modern world is creating in the open water and its marine life. “I’ve seen beautifully elaborate body art of sharks and turtles and other endangered animals with whom we share our oceans. It’s a way convey concerns and show solidarity for change or preservation.”