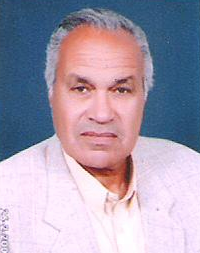 “Nabil ElShazly is a pillar of the Egyptian marathon swimming community,” recalls Steven Munatones. “He carries on the proud Egyptian history from the 1950’s and 1960’s when he, Abdellatief Abou Heif and others from Egyptian dominated.

The Egyptians raced and placed on the podium in marathon races all around the Mediterranean Sea to the lakes of Quebec, Canada and the rivers of South America.

He is and has been an inspiration to many.

Mohamed Marouf, one of his swimmers who was named an International Marathon Swimming Hall of Fame Honor Swimmer, reveres him calling him the godfather of open water swimming throughout the Middle East.

He served as Egypt’s National Open Water Swimming coach for 25 years and passed on his love of the open water to hundreds of amateur and professional swimmers. He coached his Nasser ElShazly, an International Marathon Swimming Hall of Fame Honor Swimmer who broke the English Channel one-way record in 1977.

Additionally, Nabil is the founder of the Egyptian lifesaving and underwater federation and was elected as an executive board member for many years. He left his mark as an international consultant for scuba diving and lifesaving, and was a sailing and rowing competitor.“

Nabil ElShazly will be honored with the other members of the Class of 2020 in the International Marathon Swimming Hall of Fame induction ceremony that will be held in New York City on May 2nd 2020.

He discussed his prolific career in the water and on escort boats:

Daily News of Open Water Swimming: Looking back at your career, what were your most satisfactory victories? Why?

Nabil ElShazly: It was the 36 km Maratona del Golfo Capri-Napoli in 1962 when I set a new world record that stood for 10 years until 1972.

Daily News of Open Water Swimming: What was your most difficult marathon swim? Why?

Nabil ElShazly: It was the 32 km Traversée internationale du lac St-Jean in 1964 when I won against Herman Willemse who was the reigning champion for 5 years. Also, the crossing of Lake Ontario in 1965 when I got third was held in a very difficult weather.

Daily News of Open Water Swimming: Did you have any swims in which you did not finish? Why?

Daily News of Open Water Swimming: You swam with and against some of history’s greatest marathon swimmers. You were Abdul Latif Abou Heif‘s teammate at the 24 Heures La Tuque race in 1964. How did you decide what to swim in that relay? Did you swim one loop and then Abou Heif swam another loop? Or did you swim for 1 hour and then Abou Heif swim for one hour? What was the most difficult part of that relay? You two came second…could you have won? How?

Nabil ElShazly: We each swam one hour in the beginning and then we changed two hours each. It was the first time for that marathon and no one knew what was the best way to swim it. The most difficult time was between 1 am and 5 am. We decided that we could win if we used another technique: each of us swimming one loop at a time.

Daily News of Open Water Swimming: Who were the greatest marathon swimmers who you competed against? Why were they so good?

Nabil ElShazly: Abdul Latif Abou Heif of Egypt, Carlos Larriera of Argentina, Régent Lacoursière of Canada, Giulio Travagli of Italy. They were so fast at that time.

Daily News of Open Water Swimming: You live in Egypt, but you were successful in many cold water swims. How did you train for these cold water swims when you lived in a warm-weather country?

Nabil ElShazly: The weather in my city of Alexandria, Egypt during the winter was very cold, as cold as the weather in Canada and the USA during summer.

Daily News of Open Water Swimming: Egyptians were quite dominant on the marathon swimming circuit for many years. Mohamed Elzanaty was the most recent great Egyptian swimmer. How can Egypt regain its competitiveness in marathon swimming?

Daily News of Open Water Swimming: You won Maratona del Golfo Capri-Napoli four times and your son won the race twice. Were you happier and more proud about your victories or his victories? Were you on his escort boat during his victories?

Nabil ElShazly: I was more happier with my son’s victory. Everyone likes his son to be better than him, especially because I was his trainer and his coach. I also escorted him for many years all over the world. I always say Nasser Elshazly is the second best swimmer after Abou Heif in the history of open water for Egypt. He had a long history of over 100 marathon swims.*

I jumped into the water after his third victory in Maratona del Golfo Capri-Napoli, one amateur and two overall.


Daily News of Open Water Swimming: Marathon swimming is now in the Olympics. Do you wonder how you might have done if marathon swimming were included in the 1960 Rome Olympics and the 1964 Tokyo Olympics?

Nabil ElShazly: I would have a gold medal now and I think Egypt would have won many medals.

Daily News of Open Water Swimming: Do you have any other comments that you would like to add?

Nabil ElShazly: I would to say that I am very happy to be part of the International Marathon Swimming Hall of Fame. I would like to add that maybe I am the only world champion who was the trainer for his national team for many years. Also I serve as a professional diving instructor and an instructor in lifesaving.

* His son Nasser ElShazly was the Egyptian national champion for 17 consecutive years, starting in 1976 when he was a 15-year-old, the same year that he completed a crossing of the English Channel in 9 hours 45 minutes. A year later, at the age of 16, he set a record in the English Channel with a 8 hour 45 minute crossing and his professional marathon swimming career took off. By 1986, Egyptian president Mohamed Hosney Mubarak had honored him with the highest national Award of Excellency in Sport.