Nailing It Before You Get In The Open Water 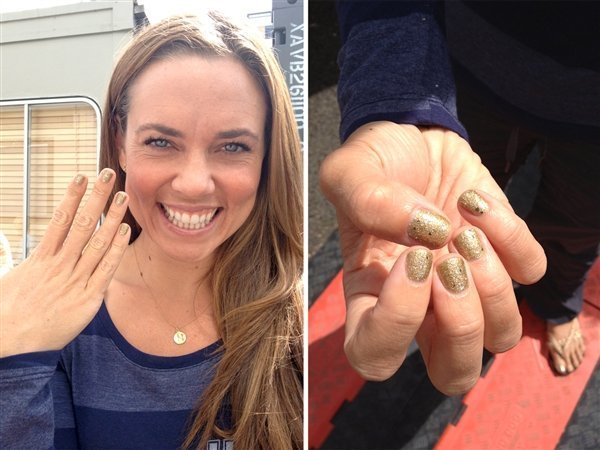 At the 2001 FINA World Championships in Fukuoka, Japan, we were given an assignment: find a manicurist for the USA women’s national swim team.

It was much easier said than done 15 years ago when a vast majority of Japanese women did not paint their fingernails and manicurists were few and far between in Western Japan.

So we called the U.S. Embassy and asked the Consul where the American female diplomats did their nails in Fukuoka. They located a simple small shop where the manicurist did only the basics.

But in came the Natalie Coughlin, a 12-time Olympic medalist, and Haley Cope, an Olympics silver medalist. The teammates from University of California Berkeley requested some funky designs on their finger and toe nails. The Japanese manicurist took her assignment with intense seriousness and created some much-appreciated color on their appendages.

USA team coach Teri McKeever explained, “The women need something like this to relax and have fun before a major competition.”

Since that time, we have seen more and more (almost everyone?) have the same desire to have a pre-race or pre-swim manicure and pedicure before their major open water swims.

Email us your most colorful designs before an open water swim to headcoach@openwatersource.com for a follow-up article on Colorful Nails In The Open Water.

Note: Today in Omaha, the 34-year-old Coughlin will swim in her fifth U.S. Olympic Swim Trials, trying to add to her legacy in and out of the water.