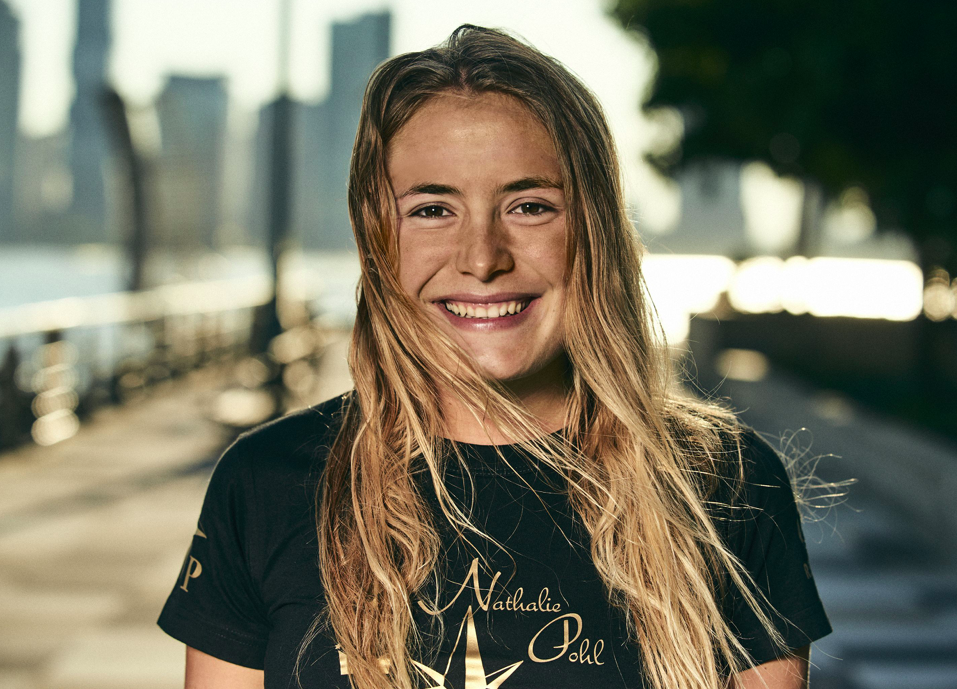 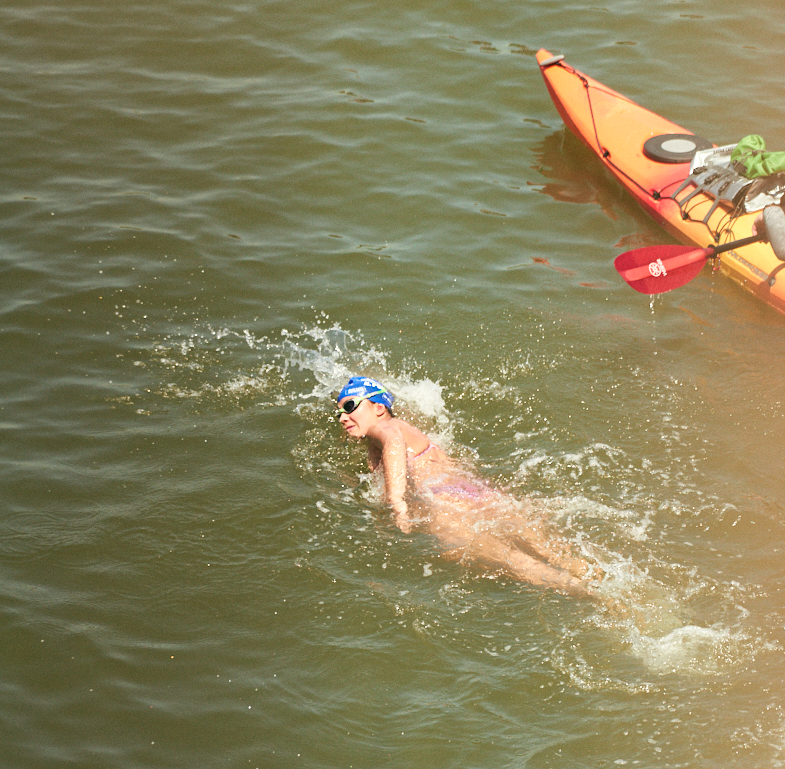 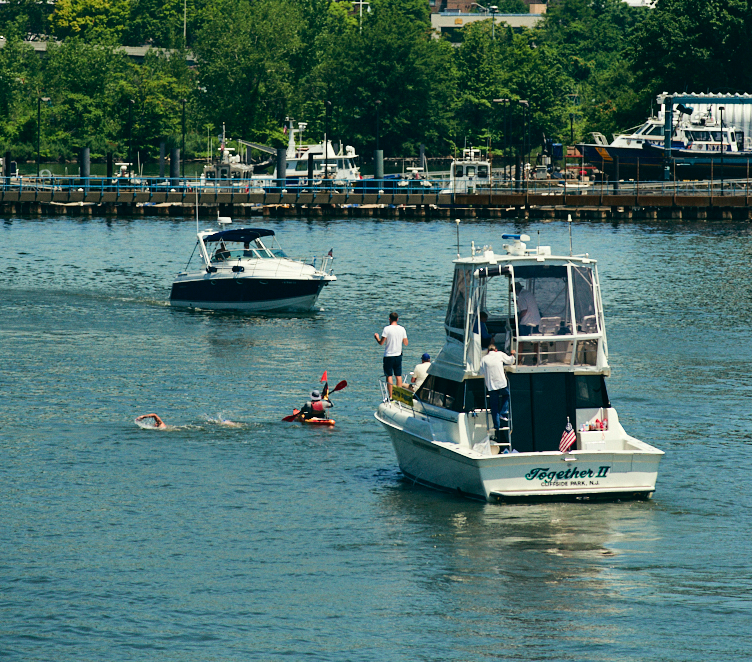 Nathalie Pohl not only won the June 30th edition of the 20 Bridges Manhattan Island Swim, but the young 23-year-old became the first German woman to complete the Triple Crown of Open Water Swimming.

After starting her marathon swimming career by doing a cross-border swim in the Bodensee from Germany to Switzerland at 19 years, she then . finished second in the 26.4 km International Self-Transcendence Marathon-Schwimmen in Switzerland, finished 10th overall in the 15 km Clean Half Marathon Swim in Hong Kong, set the women’s record for the 14.4 km Strait of Gibraltar in 2 hours 53 minutes, set a record in the Bodensee between from Friedrichshafen in Germany to Romanshorn in Switzerland in 9 hours 19 minutes, completed an English Channel crossing in 11 hours 10 minutes, completed a Catalina Channel crossing in 9 hours 9 minutes, finished sixth overall in the 6.5 km Samsung Bosphorus Cross Continental Swimming Race in Turkey, and continues to be on a roll with an 8 hour 12 minute circumnavigation of Manhattan Island in the 20 Bridges Manhattan Island Swim in New York.

And she is a long way to go with many more goals to achieve in her future.

Back in New York, Pohl said, “I am absolutely delighted. Just the backdrop alone is incredible, but to have achieved the Triple Crown as well – it’s amazing. The tough training has really paid off and I have been rewarded with one of the most spectacular sceneries that open water swimming has to offer.”

The 3-river swim around Manhattan presented a change of pace for the young woman from Marsburg who is coached by Joshua Neuloh and supported by Adam Walker. “With boats and ships all over the place, New York wasn’t just physically demanding, but also predominantly a mental challenge for me. Even a tiny distraction could be enough for me to completely lose my concentration,.”

Next month in August, she is heading out to Japan where she will get into another completely different environment: the Tsugaru Channel. “The competition here in the United States has made it clear that I really can achieve my goal if I just work hard enough at it. I am so looking forward to the great challenge in Japan.”