Nathan Capps Off The Season In First 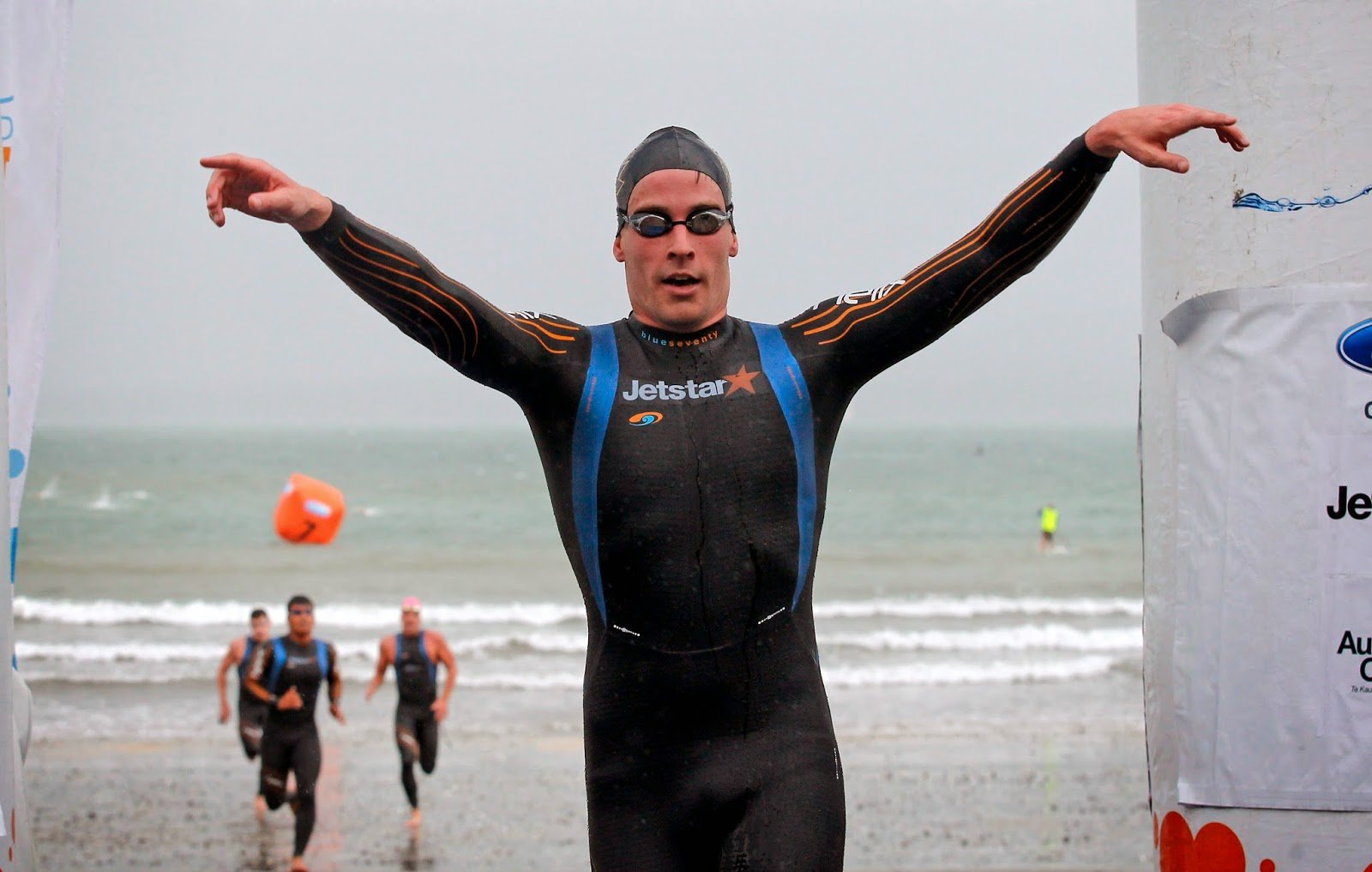 The week has been a great one for 22-year-old Nathan Capp from Auckland. He first won the New Zealand Open Swimming Championships and then captured the New Zealand Ocean Swim Series title, after a thrilling finish in the season-ending State King of the Bays race at Takapuna.

With $5,000 up for grabs and one of four swimmers with a chance to claim the overall title, Capp took it out hard in the driving rain and choppy conditions. Despite the most challenging conditions this season, Capp was focused on his goal and remained unfazed with the conditions. He built up a massive four-body length lead at the first mark in the 2.8 km race.

But his rivals did not make it easy. Capp was caught and enveloped by a five pack that gradually separated itself from the field.

By the halfway mark, Japanese Olympian Yasunari Hirai worked his way into the lead and retained an edge until the final mark. But Capp kept his cool. “He got a bit of a lead on us, but then the distance stayed pretty static and I wasn’t sure if it was because he’d slowed down or we had sped up. There were a few swells that you could use to close the gap heading towards the last buoy and I had pretty much caught him up when we turned towards home.”

As the lead pack rounded the last buoy, Hirai and Capp were swimming shoulder to shoulder with New Zealand Open Water Champion Kane Radford and series leader Philip Ryan right behind. The quartet hit the beach together, but it was Capp who was quick to his feet, sprinting across the sand to claim victory by a comfortable 5 seconds. Hirai edged Radford for second place in the race and the series.

“It’s a bit of a dream really,” said Capp. “It’s been an amazing week. It is one that will stay in my memory for a very long time.”