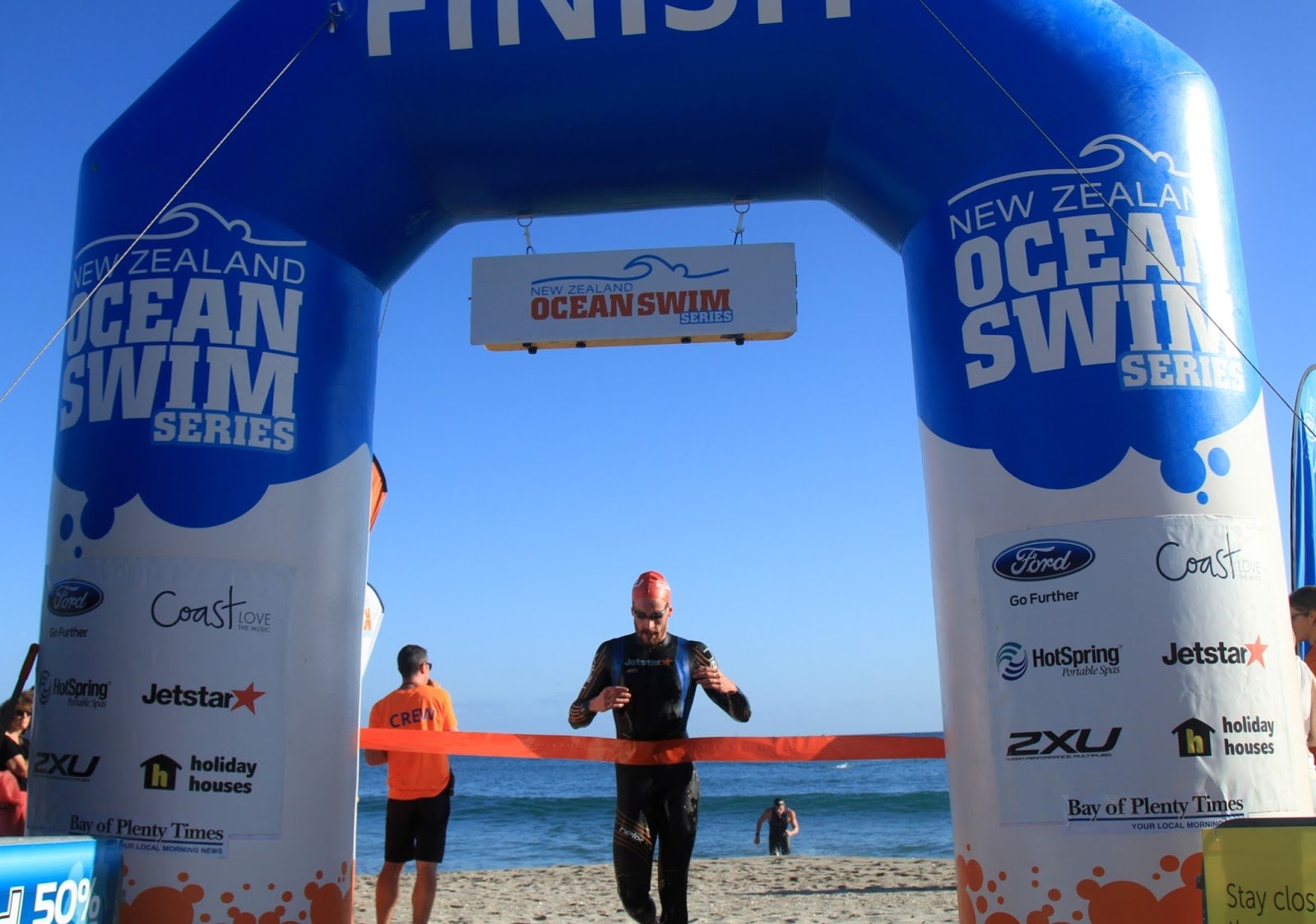 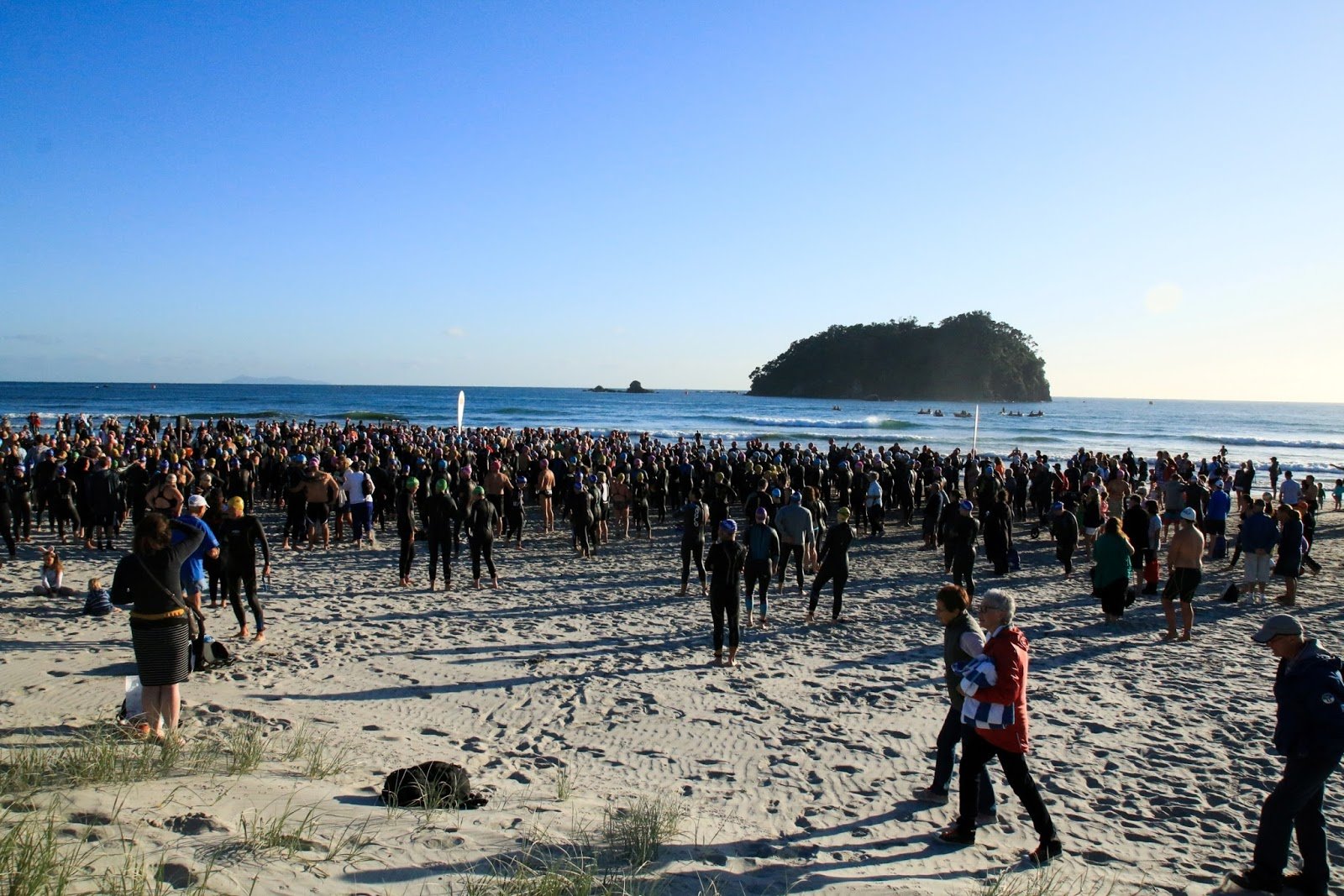 The penultimate round of the New Zealand Ocean Swim Series took place under sunny conditions at Main Beach, Mount Maunganui with over 1,050 athletes flocking to the Mount for the Sand to Surf event.

“It was a great start in the race for multi New Zealand record holder and an Olympic hopeful, Nathan Capp,” explains Scott Rice. “Though Nathan managed to retain his lead on Phillip Ryan throughout the swim, it was a very close finish between the two, with Nathan pipping Ryan at the post by just 6 seconds under cloudless skies and minimal surf.

New Zealand Ocean Swim legend, 85-year-old Sid Salek was on hand to fire the gun at the starting line for the 2.6 km swim. Salek has been part of the series for years and continues to be a role model for swimmers of all ages.

“We continue to be lucky with the weather this series,” said Rice. “It’s great to see so many participants turn out in force for the swim. It was also very special to have Sid on hand to start our 2.6 km race.”

Photos by Cameron Walker above show athletes in the New Zealand Ocean Swim Series Sand to Surf at Mount Maunganui race and Nathan Capp winning the Sand to Surf.