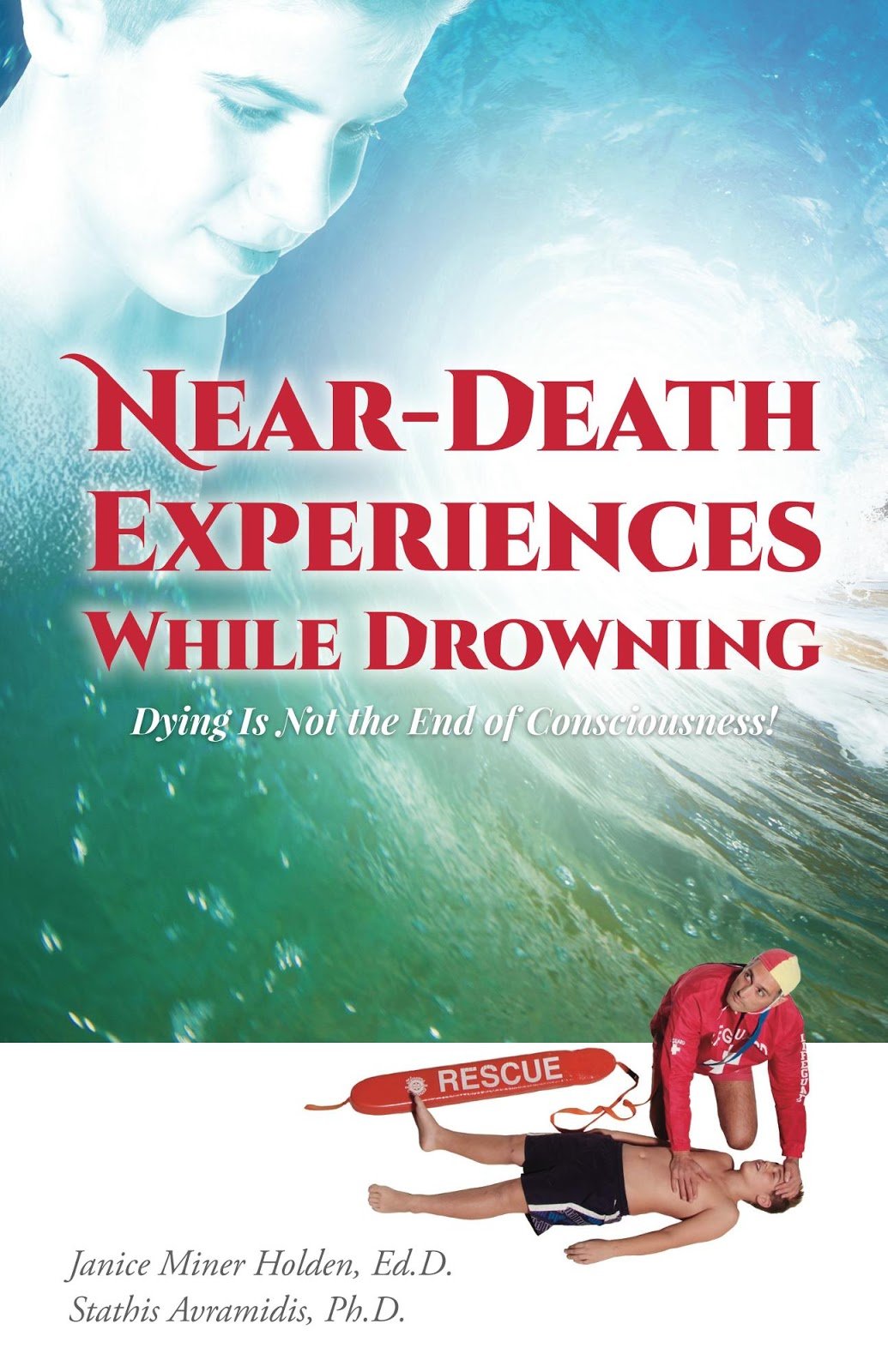 “I could see, floating in the air, the lifeguards attempting to resuscitate a lifeless body; it was mine.”

“I saw a bright light that asked me, in a life review, what I have done in my life for love and learning.”

“I felt peace and no fear of death.”

Janice Miner Holden, Ed.D. and Stathis Avramidis, Ph.D. write about those who ‘died’ temporarily and how they felt when they returned from the other side in the new book Near-Death Experiences While Drowning. Dying is not the End of Consciousness.

Due to advances in resuscitation and defibrillation practices over the past decades, people are returning from the brink of death in numbers unprecedented in human history.


Of the 80% of people who survive drowning each year, about 20% report a near-death experience (NDE): a lucid and realistic experience of one’s consciousness functioning apart from the physical body during a close brush with death, involving certain paranormal, transcendental, and mystical features as well as characteristic after-effects.

“This is an important lesson for everyone involved in aquatics and lifesaving,” writes Avramidis.

NDEs were reported as far back as by Plato.

Professor Holden and Dr Avramidis’ new book presents a summary of 40 years of research on NDEs. It contains 22 drowning NDE accounts and recommendations for how water safety professionals, such as professional lifeguards and amateur lifesavers, can use NDE-related information in their work with people they successfully resuscitate.

Each year worldwide, approximately 1.2 million people die by drowning including all kind of circumstances like such as swimming accidents, submersions, floods, water and other transport accidents, assaults, and suicides (International Life Saving Federation, 2014). At least in some age groups, for every person who dies from drowning, approximately four or 4.8 million people receive emergency department care for nonfatal submersion injuries (Centers for Disease Control and Prevention, 2014). As many as 960,000 people each year worldwide may have drowning-related NDEs.

Dr. Avramidis says, “It is necessary for lifeguard organizations and the professionals that who come across those people, to have the appropriate knowledge for effective rescue and treatment. Those are not fully informed about the phenomenon.” Professor Holden adds “Perhaps the most essential message that is given to us from near-death experiencers is that what matters most in life is loving and learning.”

Pope Theodore II of Alexandria said, “It is a wonderful book about those that reached the borderline of death and returned to the land of living.”

Bob Burnside, founder of the United States Lifesaving Association and Paragon Aquatic Safety Award 2014 recipient, described the book as “a book worth reading by all lifeguards of the world. I hope that the resuscitation and treatment methods will be adopted by all organizations internationally.”