Ned Denison, Adam Walker Are Like Athletes Of Yesteryear 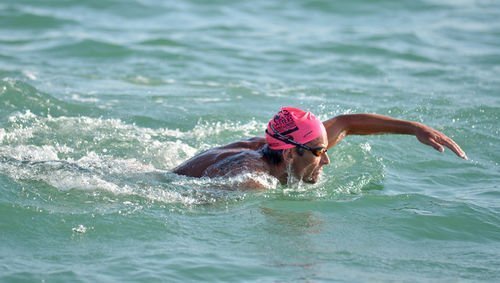 Ned Denison, Adam Walker Are Like Athletes Of Yesteryear

If this article were written 500-1000 years ago, there would have been most likely have showcased people with ancient skills and talents capable for them to be ready for anything. We would write about heroic feats rather than competition and training.

What were the feats of strength and endurance practiced by people hundreds or thousands of years ago?

There were no gyms or fitness clubs, but rather nature and lakes and heavy things to carry or lift. There were no 25 km races or pools to compete in, but rather respect for efficient endurance, skillful coordination, and flat-out speed. Athleticism was practiced outdoors and for living or capturing or making food or for warfare or self-preservation.

Men, women and children were expected to be able to run, carry, climb, throw, ride, jump, sprint and/or swim their way to live, escape, stay alive and prosper while showing courage, flexibility, resilience and selflessness and be able to navigate rough terrain, hills, mountains, rocks, sand, logs, currents, waves and turbulence whether a farmer, fisherman, soldier, craftsman, sailor or merchant.

When we think of contemporary open water swimmers who demonstrate all kinds of athletic skills, we think of athletes like Ned Denison and Adam Walker.

Denison is hosting tonight’s International Marathon Swimming Hall of Fame induction ceremonies. His skills – including organizational and oratorical – will be showcased tonight in Windsor, UK.