Ned Wieland Has A Long Bright Future Ahead 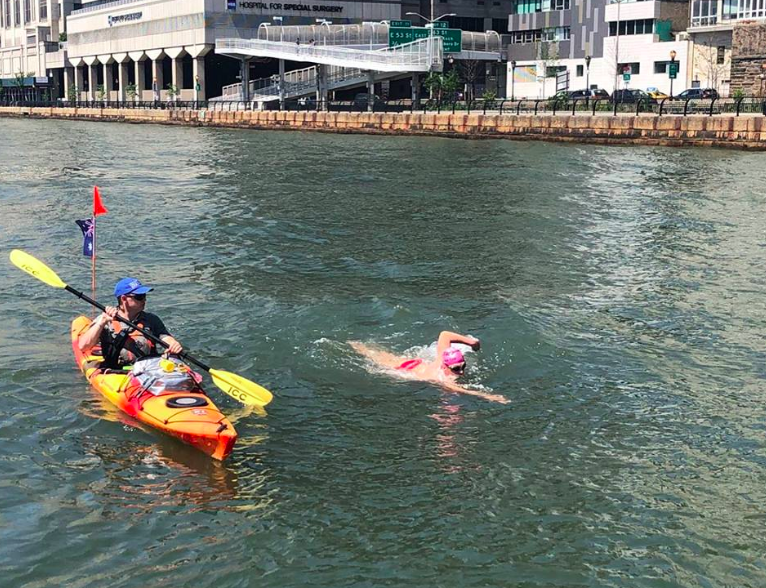 While each and every entrant in the 20 Bridges Manhattan Island Swim has a fascinating back story, it was Australian teenager Ned Wieland from North Bondi, Sydney, Australia who became the youngest male to complete the Triple Crown of Open Water Swimming.

Wieland won the Channel Swimming Association Gold Medal for the Fastest Swim of the Year across the English Channel from England to France in 9 hours 45 minutes in 2017 and the Graeme Thompson Trophy for being the Youngest Successful Swimmer at 16 years 10 days.

Earlier this month, he completed a crossing of the Catalina Channel from Santa Catalina Island to the Southern California mainland in a similarly fast crossing of 9 hours 8 minutes. And he finished up his Triple Crown with an 8 hour 21 minute circumnavigation swim around Manhattan Island.

With his Triple Crown swims, Wieland is raising money for suicide awareness for a charity called R U Ok? To date, he has raised more than $43,000 [the link is here].